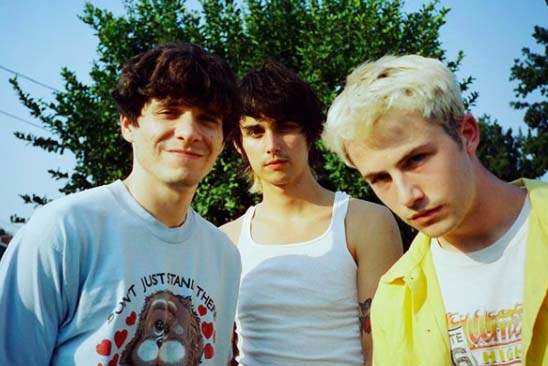 Wallows is back with some new music following the huge success of their summer hit “Are You Bored Yet? (Feat. Clairo)” which has been certified gold in the US and Australia with over 286M global streams. The California based trio show no sign of slowing down with the announcement of their upcoming quarantine-made EP titled Remote along with the release of the EP’s lead single “Nobody Gets Me (Like You).” In addition to the new single the band have also released a music video that continues the story from the bands last music video for their single “OK” which was released back in April.

The video continues the nineties teen movie theme of the last video by showing the boys finally arriving at their friend Schaefer’s party. The lead vocalist on the song Braeden Lemasters finds himself yearning for love while feeling lonely at the party. Luckily, Braeden soon finds that the girl of his dreams is standing right in front of him, and appears to be himself in a wig. Throughout the video the pair eventually fall in love, only to have their time cut short by being abducted by an alien eating curly fries in space. The video ends with the words “To be continued” just like the video for “OK” so we can expect a part three to this video series soon in the future.

This new single is the first taste of what we can expect of of the band’s entirely quarantine made EP Remote which is set to be released on October 23 with a total of six tracks. Currently the band is on a virtual world tour streaming unique performances the band recored at the Roxy Theatre In LA where the band had their first headline show in 2017, so be sure to catch one of their remaining shows! In the meantime, the bands upcoming EP Remote is available for pre-order everywhere now and you can watch their new video for “Nobody Gets Me (Like You)” down below.