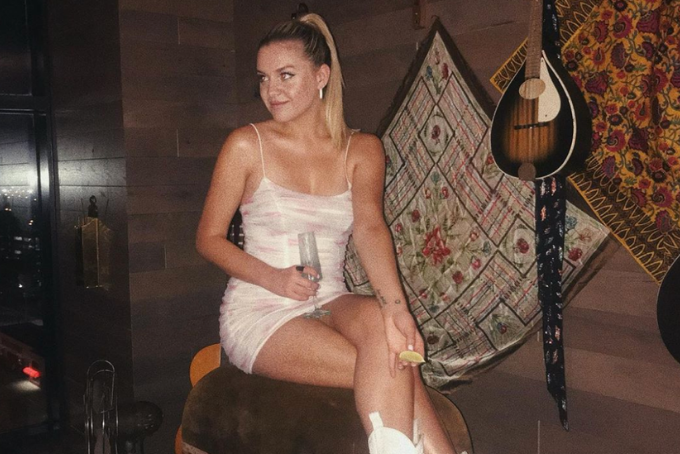 Country princess Kelsea Ballerini has released a new “version” of her most recent album titled Kelsea. This new reworking of the same album is extremely unique, bringing in a new perspective to the songs fans already know and love.

Ballerini has the same tracklist and mostly the same lyrics as Kelsea, but everything is completely reimagined. Kelsea described it on Twitter as, “different keys, tempos, melodies, lyrics, production. Each song has its own set of changes…all super intentional to make the lyrics hit different.”

“Overshare,” the first track on both albums, has a slowed down tempo on Ballerini. The reimagined version focuses more on the lyrics and has an accentuated country flare. Both songs discuss the same topic: feeling awkward and anxious from feeling too empathetic and insecure. The Ballerini version is for those who want to prioritize the deep, emotional aspect of those feelings and the Kelsea version is more fun.

The next track, “Club”, is reimagined in a similar way. On the original album, “Club,” is an upbeat anthem about not wanting to go out and party like Kelsea’s peers. The Ballerini version evokes a melancholy feeling of being let down by yourself for not participating.

“Homecoming Queen?” doesn’t have as drastic of a change in tempo. Instead, the major differentiating factor is the instrumental. On the Ballerini version, the song is a piano ballad as opposed to the original guitar version. On Ballerini, “The Other Girl” is simply a slowed-down acoustic version of the original song, without the Halsey feature.

On Kelsea, “Love Me Like a Girl” is one of the most pop-influenced songs on the album. On Ballerini, it’s a somber guitar track that highlights the heartbreak in Kelsea’s lyrics. The main difference for most of the songs, like “Love and Hate,” is less production, focusing more on the lyrical content.

It’s impressive that “Bragger” keeps the same sultry tone in the stripped-down version on Ballerini as it has in Kelsea. The reimagined version is actually more mysterious as a result of the isolation of Kelsesa’s smooth vocals. In Ballerini, “Hole in the Bottle” goes total vintage country bandstand, which works so well compared to the pretty basic pop-country sound of the original track.

“Half of My Hometown” doesn’t change much, besides the disappearance of the Kenny Chesney feature. The only major difference is, like most of the tracks, the minimal production and slowed tempo. “The Way I Used To” on Kelsea is basically a pop song with country influence, with production elements like a vocoder. On Ballerini, it’s a pure piano ballad, which is one of the more drastic changes.

“Needy” only changes by tempo and energy, bringing it down to only a guitar and Kelsea’s vocals in Ballerini — same with “A Country Song,” which went from a guitar ballad to a piano ballad. The last track, “LA,” is now a slow, guitar confession instead of the hip-hop influenced mid-tempo closing track.

Although the idea is extremely creative and a great way to give fans more content from an album they already love, the differences in each album were pretty predictable. It would’ve been interesting to see a more drastic, experimental change in each track. At the end of the day, Ballerini is just a stripped-down version of Kelsea.

There are interesting elements here and there, but the album as a whole simply focuses more on lyrics than beats and production. Maybe other artists will take this idea and make it more dynamic. Nevertheless, fans are excited to have two versions of their favorite songs, and Kelsea created a great new album concept idea.