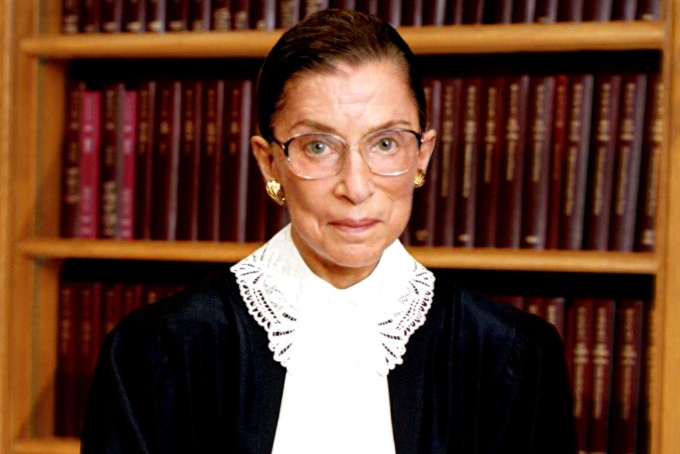 On September 18, Ruth Bader Ginsburg tragically passed away after a long-fought battle with cancer. RBG was the first Jewish woman — and the second woman ever — to be appointed to the Supreme Court. She accomplished so much in her tenure, including protecting LBTGQ+ workers, fighting against anti-abortion laws, and so much more. The news of her death shocked the world, and many people — from politicians to reality TV stars to musicians — paid their respects on social media. Here are some of the most heartfelt tributes:

“Thank you for a lifetime of service,” Mariah Carey wrote. “Thank you for changing history. We will never let it be undone. RIP RBG.”

Thank you for a lifetime of service. Thank you for changing history. We will never let it be undone. RIP RBG. https://t.co/hmAw1Lvq9a

“I am heartbroken to hear of the passing of Justice Ruth Bader Ginsburg,” J.Lo tweeted. “She was a true champion of gender equality and was a strong woman for me and all the little girls of the world to look up to.”

I am heartbroken to hear of the passing of Justice Ruth Bader Ginsburg. She was a true champion of gender equality and was a strong woman for me and all the little girls of the world to look up to. pic.twitter.com/ta9RvhD2IT

“Ruth Bader Ginsburg: The epitome of a strong woman,” Carole King said. “We will miss you.”

Ruth Bader Ginsburg: The epitome of a strong woman.
We will miss you. pic.twitter.com/ZYhFRSUakT

“She was my hero,” Stevie Nicks penned in a lengthy letter. “She fought for me and all women … She was our girl. Our champion. Our finest example.”

“She was small in stature but even the tallest looked up to her,” Dolly Parton wrote on Instagram. “Her voice was soft but her message rang loud and will echo forever.”

“RBG, you are a super hero,” Demi Lovato said. “For those that don’t know, she spent every day fighting for equal rights, women’s rights, LGTBQ+ rights, affordable healthcare AND MORE… Thank you for fighting for all of us.” The full note can be found in Lovato’s Instagram caption.

The Notorious RBG will live on, her legacy and work will never be forgotten. She is an inspiration to women everywhere. RBG fought for women, and people, of all colors, creeds, sexes, races, ethnicities, and backgrounds. She was a champion and a fighter until her last day. Seeing many of the celebrities and politicians we admire thank her only further emphasizes her influence and power. We will never forget you RBG, and we will fight to make sure your legacy lives on.