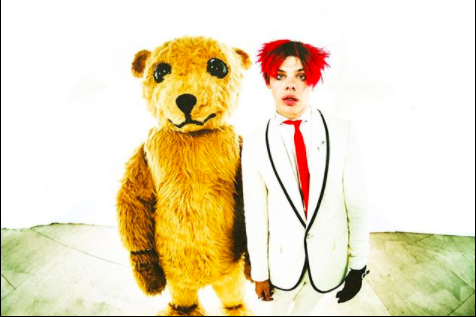 Yungblud is set out to define Weird! as the new normal on his upcoming sophomore album set to be released in November, on Friday the 13, and we are more than ready to embrace the strange. The 23 year old rockstar from England, born Dominic Harrison, wants to let his listeners know that it’s okay to feel different and wants to show what it means to be weird with this upcoming record.

With the announcement of the album the singer also released the tracklist for the upcoming record that features Previously released singles “Weird!” and “Strawberry Lipstick” and his most recent release “God Save Me, But Don’t Drown Me Out.” Yungblud gets very vulnerable on this new song stating in an Instagram post that he was crying his eyes out during the whole vocal take. The singer also stated that this song is the one that safety pins the whole album together and was the last one he wrote for the album right before turning it in.

When listening to “God Save Me, But Don’t Drown Me Out” you can hear all of the emotion in Yungblud’s voice as he sings in the cathartic chorus “And I won’t let my insecurities define who I am, I am // Not gonna waste my life ’cause I’ve been f***ed up // ‘Cause it doesn’t matter”. The punk infused track is powerful anthem about realizing that you are strong and to keep fighting because your insecurities don’t define who you are. The message of this song is very powerful and important for the world to hear right now and overall sets the tone for what we can expect from the rest of the album in November. In the meantime, check out Yungblud’s latest release “God Save Me, But Don’t Drown Me Out” down below.

One thought on “Yungblud Announces New Album With Single “God Save Me, But Don’t Drown Me Out””