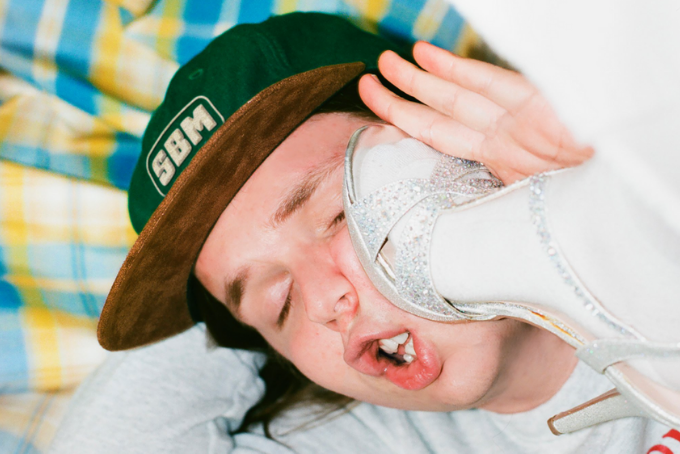 Los Angeles-based musician Jacob Sullenger, better known as Jawny, struck gold with his breakout single “Honeypie” in 2019 and his winning streak has continued well into 2020. As the second single from his upcoming project, For Abby, “Super Bad Mantra” features newcomer Christian Blue, and it’s every bit the irresistible earworm you would expect it to be.

“Super Bad Mantra” is impossibly catchy and definitely warrants multiple replays. However, it took the multi-talented musician several tries to make the track what it is today. “I’ve been working on this song for two years now,” said Jawny. “I’ve gotten two different features on it that I took off and I’ve rewritten my verse three times to make it perfect. Me and my brother have been making music together my whole life and this is the first time I’ve gotten him on a song. Now it’s that time for the world to hear it.”

With its falsetto-centric hook and upbeat production, “Super Bad Mantra” is an absolute delight to listen to. Up-and-comer Christian Blue, whose debut single dropped last month, is Jawny’s perfect counterpart with a verse that elevates the song’s carefree nature. Given that the duo wrote the lyrics together, their chemistry is palpable and you can’t help but appreciate the lightheartedness in the midst of one of the most frustrating years in recent history.

As a singer, songwriter and producer — among other things — Jawny has the type of raw talent that’s bound to shine in the age of social media. After all, he began generating an audience after going viral on Twitter with a series of videos in 2017. For Abby, Jawny’s first official project after signing with Interscope Records last year, is set for an October 27 release. You can listen to his infectious new single below.