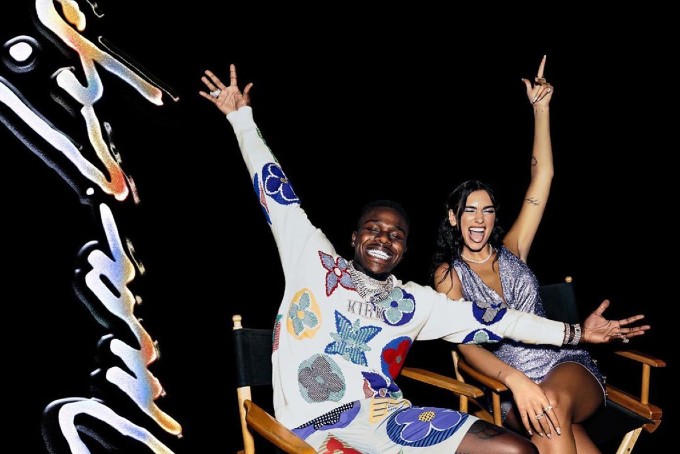 The “Don’t Start Now” songstress announced on her Instagram page that her single, “Levitating,” off of her album, Future Nostalgia, would be getting a special guest (in the form of DaBaby) and will release this Friday, October 2.

Lipa most recently featured Madonna, Missy Elliot and The Blessed Madonna on another remix of “Levitating,” which was apart of her remix album, Club Future Nostalgia. The album featured 17 tracks (all original 11 from Future Nostalgia) remixed with multiple artists. Some tracks were remixed twice, hence the 17-track album.

DaBaby reshared her Instagram on his own Instagram Story last Friday, writing “BOOM” with a rocket emoji. Maybe his presence on the song will help boost it to No. 1 on the Billboard Hot 100!

He recently featured on Camila Cabello‘s song, “My Oh My,” which peaked at No. 12 on the Billboard Hot 100. His own song, “Rockstar,” featuring Roddy Ricch, spent seven consecutive weeks at No. 1.

Lipa has had a successful year with the release of Future Nostalgia and its chart-topping single, “Don’t Start Now,” which peaked at No. 2, and subsequently spent a total of 20 weeks in the Hot 100 Chart.

Her third single, “Break My Heart,” has also been a smash hit. It peaked at No. 13 on the Billboard Hot 100 and is still receiving a ton of radio airplay.

Club Future Nostalgia, the album that featured The Blessed Madonna, surged to the top of the Billboard Top Hits/Dance Chart, hitting No. 1 with over 18,000 units sold.

Since the original song was first released, it has been one of the most streamed tracks from Future Nostaliga on all music platforms.

Let us know in the comment section if you’re excited for the new “Levitating” remix! We certainly are!