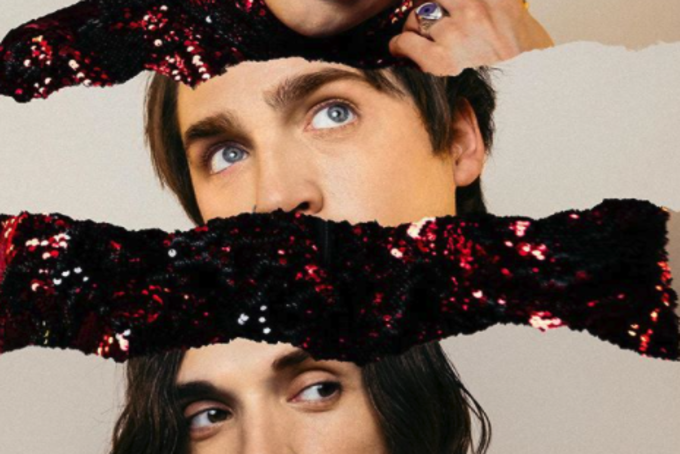 Waterparks is ready for a reset.

Their 2019 release Fandom was pretty angsty — lead singer Awsten Knight didn’t mince any words about anything, whether it was fame, mental health, or past relationships. Fandom was sharp, and indicative of someone who was, well, going through a lot.

And following a five month social media hiatus during literally one of the most catastrophic years on record, it would be expected that a new Waterparks single would be equally as angsty, something more along the lines of “Turbulent” or even “Tantrum.”

In fact, everything about the new single is unexpected.

In regards to this “unexpected” feeling, it’s worth noting that a week ago, Knight shaved his neon green hair, leaving him with his natural color (an understated, mousy brown) — the first time his hair’s been natural since at least 2016. Considering Knight’s history with hair dye (being, more or less, the male equivalent to Hayley Williams, and being known for his fantastical hair colors) it’s a big change, and definitely representative of a new Waterparks era. What that era will be, we don’t quite know yet, but we do have a new song to listen to while we wait.

“Lowkey as Hell” is just that, lowkey, especially for a Waterparks song. As compared to the manic energy of previous singles, there’s something more muted and mature about this one. “Lowkey as Hell” feels reflective, and while it’s still about emotional turmoil, this time Knight isn’t lashing out or making snide remarks (okay, well he makes one, but we digress). Much like his new hair, he’s a lot more mellow than he used to be.

However, he is still being honest.

Mostly, Knight is lamenting that fame and success don’t necessarily get rid of the previous problems you had before — it’s just that now nobody wants to listen to you complain — and when compared to everything else going on in the world, it’s hard to take someone crying over their rockstar life seriously. In fact, Knight lampshades this by calling his problems “Drake problems,” AKA, “first world problems.”

One of the more clever bits of this song is a callback to the song “Watch What Happens Next,” a song off Fandom that was basically bragging about being famous. The reprisal of the line “I like cool shirts, I like cold rings” within the context of this song is almost an ironic echo — now that Knight has these things, what does he do now?

Musically, “Lowkey as Hell” isn’t too much of a departure from previous songs, minus its quieter feeling. The most interesting aspect of Waterparks’ music has always been their unironic boyband influence, despite being a Pop-Punk band, and “Lowkey as Hell” continues that trend. It’s a solid, catchy song, with an irresistible hook. It’s radio friendly, and sounds bubbly enough to cover up the fact that it’s actually kind of a sad song, which means that it fits right in with the rest of the Waterparks catalogue.

Overall, if “Lowkey as Hell” is the new direction Waterparks is going in, we’re excited. It’s the kind of growth we want to see in our artists, and if 2020 can give us one good thing, we’re glad it’s this.