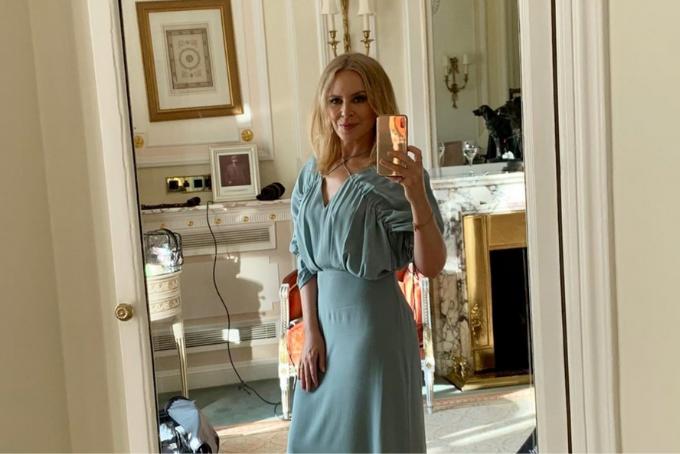 It’s hard to find as diverse a discography as that of Kylie Minogue. A pop icon, Minogue has continually changed her sound up across her significant career. Following the country-tinged pop of 2018’s Golden, Minogue’s new record, Disco, is appropriately set to embrace the genre after which it is named. With the record’s lead single, “Say Something,” Minogue unleashed an 80s pop-rock track with a somewhat political message. With the album’s second single, Minogue finds her “Magic” firmly on the dance-floor.

Everything one could want from a Kylie Minogue disco record, “Magic” is a glittering feel-good number that just screams out for the perfect girls’ night out. Built around a shimmering disco beat, “Magic” is full of joyous nostalgia, torn straight from the soundtracks of 70s night clubs. Lyrically, the track is fairly standard fare, seeing Minogue singing about finding the perfect lover on the dance floor: “You got me started and nothing on earth can stop it // It’s crazy, I’m falling // I don’t know what else to call it // Boy, do you believe in magic.” Minogue sounds delightful on “Magic” with her airy vocals adding even more brightness to the already pure neon track.

Along with the song’s release, Minogue also debuted the music video for “Magic.” Directed by previous collaborator Sophie Muller, the music video is a gorgeous affair, full of stunning visuals with a sumptuous color palette that perfectly captures the essence of the new track.

“Magic” follows lead single “Say Something” ahead of the release of Kylie Minogue’s forthcoming 15th studio album Disco, which is due out on Friday, November 6. Minogue spoke to I-D about the album’s “grown-up disco” theme, saying “The theme of disco is that you’re all hot and sweaty and in it together, but could be in a crowded room and shut your eyes, let the music and feeling in, and you could be in your own world.” Minogue has kept busy in the past two years featuring on “Really Don’t Like U” with Tove Lo.