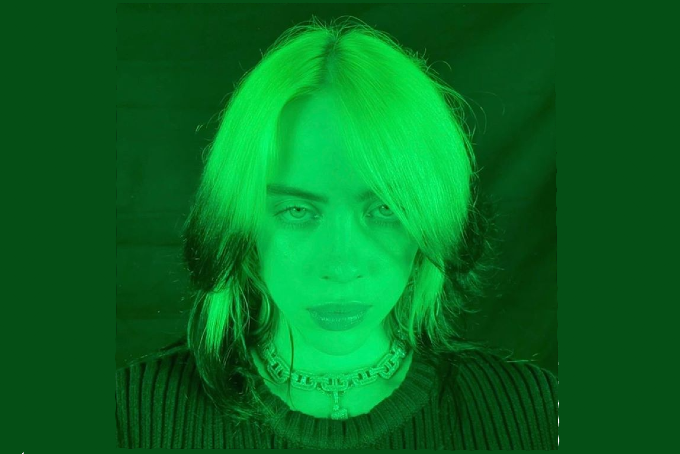 Already being incredibly successful at only 18, Billie Eilish had the opportunity to take on the theme song for the next picture in the legendary James Bond series. Having released the track back in February, fans of Eilish and the franchise are only now seeing the video for “No Time To Die.”

Typical of the Bond aesthetic, the video is very brooding and dramatic. Opening with her silhouette, then moving to only shedding light on her face creates an aura of mystery. We see a monochromatic Eilish maintaining a poker face, while clips from the film fade in and out. The chorus builds up from a very delicate piano into the powerful orchestra as she sings out “No time to die.” The movie clips were synced with the swelling instrumentals and are greatly impacted by this. In general, the video is brilliant work from the director, Daniel Kleinman.

Eilish already has a dramatic ambiance to her image and sound. It seems like a perfect fit for both her and her brother, Finneas, to have worked on. Eilish commented, “It feels crazy to be a part of this in every way. To be able to score the theme song to a film that is part of such a legendary series is a huge honor. James Bond is the coolest film franchise ever to exist.”

Finneas adds, “Writing the theme song for a Bond film is something we’ve been dreaming about doing our entire lives. There is no more iconic pairing of music and cinema than the likes of Goldfinger and Live and Let Die. We feel so, so lucky to play a small role in such a legendary franchise, long live 007!” For any artist, this is a massive accomplishment in their career.

This will be actor Daniel Craig’s final part in the James Bond roll. After multiple pandemic postponements No Time To Die is set to release April 2 in order to be seen by a worldwide audience. You can catch the music video below.