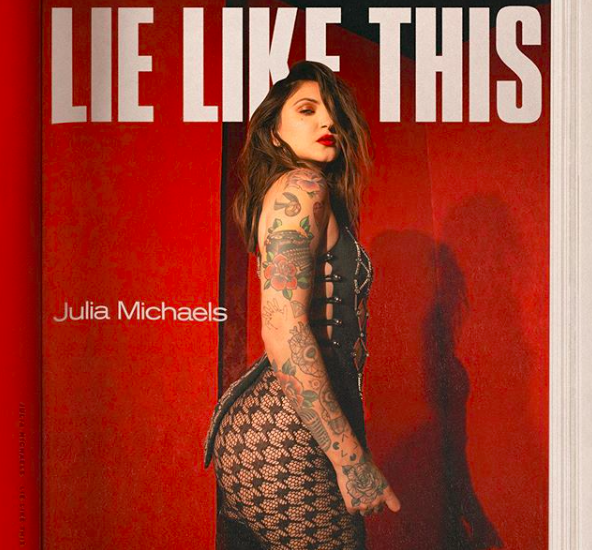 Julia Michaels is back and better than ever with her newest single,  “Lie Like This,” a club-pop song with lyrics that explore love in all its messy, messy glory.

“Head on your shoulder, you keep pullin’ me close // I’m spillin’ over, tryin’ not to unfold,” Michaels sings soulfully over an uptempo beat. The production and simplistic hook (“Lie like this, lie like // Lie like this, lie like”) balances the more complex and deep meaning of the verses.

In a press release put out with the song Michaels said, “It’s about being hesitant about this new, beautiful thing and just giving in anyway, because you know that it’s really special. There are so many spectrums of love. One minute, you’re crying on the floor because you’ve been broken up with or something didn’t work out the way that you wanted to. Then, all of a sudden, you’re kissing in a park and you’re holding hands with someone new and you’ve got all these butterflies. It’s just such a broad spectrum, such a range of emotions — love — and I wanted to distill its essence into a song.”

“Lie Like This” is the first single off Michaels’ upcoming album which will be her debut record, for as hard as it is to believe. To date, Michaels has only released singles and EPs, but is very excited for her first full-length project: “I really want to make a simple, beautiful 10 song album, and I’m pretty close to that,” she told Apple Music.

If this is Michales’ first full-length record, we’re excited to see where she’s going to go and how she’s going to develop. She’s already a formidable artist, and “Lie Like This” proves that.