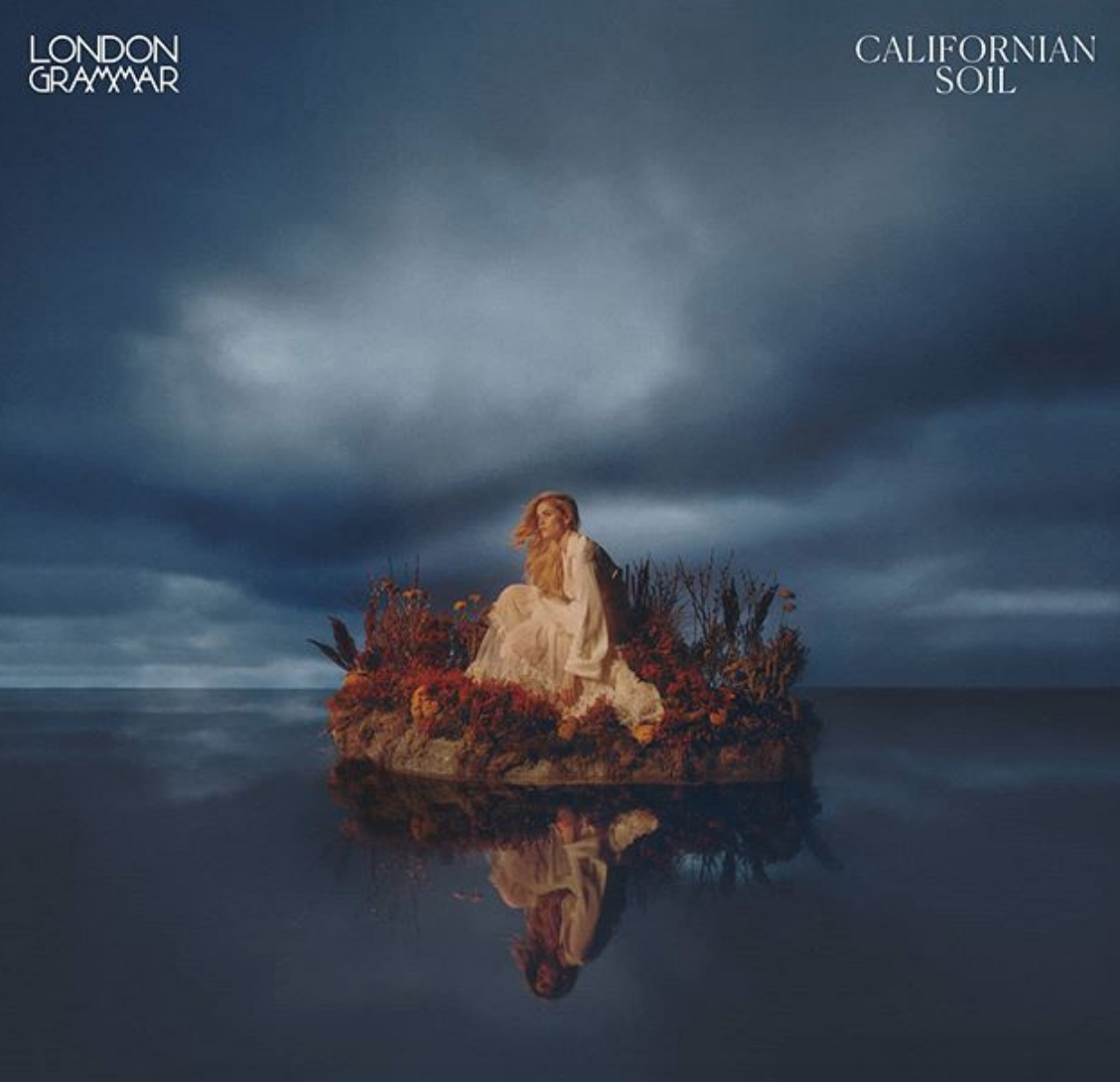 “For our new album Californian Soil, I tried to channel my own personal chaos into something positive and powerful,” singer Hannah Reid shared via Instagram. Her efforts resulted in a soft track to accompany the fall festivities as you sip the pumpkin spice. Indie/trip pop trio London Grammar delivers in their two new singles “Californian Soil” and “Baby It’s You.” If you like the atmospheric vibes of Sylvan Esso and HAIM, this is sure to set fire in your soul as you listen. “Californian Soil” is the second cut from the band’s upcoming LP, which is set to drop in February 2021. These singles are their first since 2017’s Truth Is A Beautiful Thing.

“Californian Soil” takes a cue from the 1960s group The Mamas and the Papas, giving us “California Dreamin’” in an oasis! Reid shares that the single demonstrates the dangerous game of fame, where control of your art and creations can often slip away. “I’m glad I’ve got you here, but I never felt the same,” she sings softly, “And this life is just a game // They keep on trying it on.” It’s dreamy and chill, with simple phrases that portray a powerful image of dominating doubt. The techno beats paired with Reid’s falsetto makes for a perfect track.

The next track picks up the pace in tempo. Electronic producer George Fitzgerald assisted on the song, which is lighter and emphasizes the company of a significant other in a crowd. “There’s an ocean here, but you are all I see, and nothing else matters.” It’s sweet, fun and lively; a great demonstration of the trio’s finesse.

According to NME, Ried shared that the record is about putting the pieces back together after stardom. “You imagine success will be amazing,” Reid said, “Then you see it from the inside and ask, ‘Why am I not controlling this thing? Why am I not allowed to be in control of it? And does that connect, in any way to being a woman? If so, how can I do that differently?”’ What a boss babe!

We can’t wait for the album’s release in February.