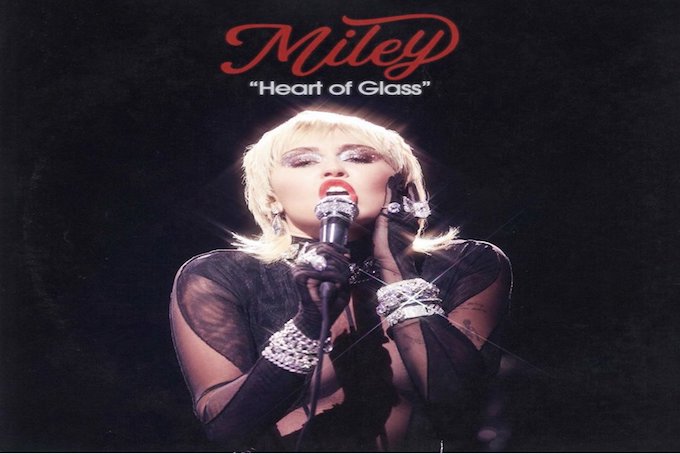 After an amazing performance at the iHeartRadio Music Festival on September 20, Miley Cyrus released a live cover of the classic single from Blondie, “Heart of Glass.” Fans of new wave know this song quite well, as it hit No. 1 in 1979 when it was first released. Cyrus puts her own punk-rock spin on the record, with killer vocals and great energy.

Cyrus has come a long way from her Hannah Montana days. The 27-year old singer has released lots and lots of music, but prior to this year we hadn’t seen her bad-ass, true self really. Prior to her performance for iHeartRadio, Cyrus also performed at the MTV VMAs, giving a great performance of her other new release, “Midnight Sky.” Cyrus is certainly a force to be reckoned with, and she is not afraid to be honest, as seen when she was interviewed by Joe Rogan for his podcast.

However, the thing that stands out most is Cyrus’ ability to be authentic to herself and her identity throughout the years. Not only is her talent insurmountable (even Blondie agreed in a Tweet sharing her cover), but she has really come into her own, both musically and stylistically. She bleached her hair, is not afraid to show her killer tattoos, and is singing her heart out, and we are all totally here for it. This feels like the most authentic version of the singer that we’ve gotten to date.

Miley Cyrus is not only a real talent, but a force to be reckoned with. She has proven time and time again she can withstand any genre, any ridicule, any relationship, and she always comes out on top. If you have not already heard her cover, you can listen to it here. Smilers can rejoice — this queen gave us exactly what we needed in a year like 2020.