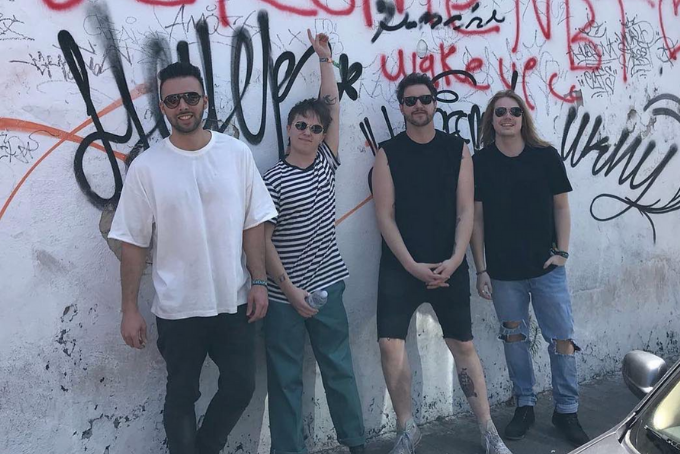 On October 2, English band Nothing But Thieves released a special version of their latest single, “Impossible,” from their upcoming album Moral Panic. “Impossible (Orchestral Version Live from Abbey Road)” is now available on Amazon Music as an Amazon Original. And if you thought that the original track was good, you will be mesmerized by this rendition.

:: We have something special coming out tomorrow. It might be the best thing we have ever done as a band. But that's not for us to decide. @abbeyroadstudios :: 📷 @stuartjamesdew

Nothing But Thieves recorded the new version at the renowned Abbey Road Studios in London, where powerhouses such as Michael Jackson, Lady Gaga, Florence + The Machine and, most famously, The Beatles, recorded some of their greatest songs and albums. The band took to Twitter to announce the track, sharing, “From the moment we wrote ‘Impossible,’ we knew we wanted to do this. But to be able to do it at the legendary Abbey Road was a dream realized.”

:: Available now on @amazonmusic "Impossible Orchestral Version Live from Abbey Road". It was a real pleasure to make. Special thanks to @AmazonMusicUK , the string & brass players & @RosieDstrings for making it happen. Watch the full video from 7pm (UK) tonight on our YouTube :: pic.twitter.com/7WwXwoZVHC

Notable arranger and conductor Rosie Danvers — who has collaborated with Adele and Coldplay — was in charge of arranging “Impossible (Orchestral Version Live from Abbey Road),” and she thanked everyone involved in the making of the song by saying: “It was an absolute DREAM to orchestrate and perform the truly EPIC ‘Impossible’ for Nothing But Thieves at the legendary Abbey Road Studios with my incredible team, WIRED STRINGS.”

Back in September, Nothing But Thieves described “Impossible” as “the complete antithesis of everything else on the album, which has a lot of anxiety and confusion about what’s happening on this planet. This became the opposite, zooming into one person’s head, just being lifted up and transported by a feeling of possibility and hope. It was a moment of relief that both we and the album needed.” Just like Moral Panic‘s previous singles, “Impossible” is an anthem full of powerful lyrics, and the Abbey Road performance makes it sound even better — if that’s possible.

:: Pre-sale tickets for The Moral Panic Tour UK + European dates are now live. General sale kicks off this Friday at 9AM BST, where are you joining us? ::

Surely, Nothing But Thieves made the impossible, possible (pun absolutely intended). Listeners will be in for a treat with “Impossible (Orchestral Version Live from Abbey Road).” This rendition takes the original song to a whole new level, and lead singer Conor Mason‘s everpresent strong vocals will most definitely give you goosebumps. We can’t stop listening to it!

Moral Panic will be out on Friday, October 23rd. It will include 11 songs, including singles “Impossible,” “Unperson,” “Real Love Song” and “Is Everybody Going Crazy?” You can preorder the album on Nothing But Thieves’ official website. Make sure to watch the video for “Impossible (Orchestral Version Live from Abbey Road)” below. You will love it!