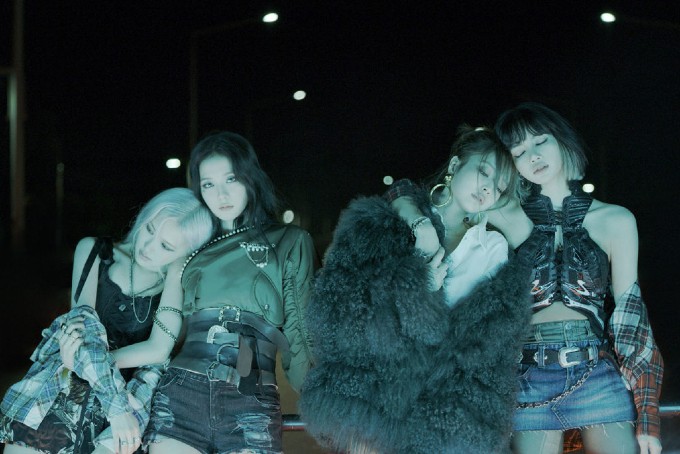 As the world grows smaller and smaller in the age of social media, the type of star that captures the zeitgeist has changed dramatically. A perfect example is the rise of K-pop. A near-overnight sensation, the small but strong fanbases this sub-genre had built have exploded, propelling K-pop artists to household names. It’s impossible to mention K-pop without mentioning the undeniable force that is BTS. After seven albums, numerous big-name collaborations, the group has well and truly broken through to the western mainstream. However, hot on their heels are the four-piece girl group Blackpink. Well behind in terms of releases, the success of this girl-group is almost as head-spinning. Collabs with Lady Gaga, Selena Gomez, and Cardi B, a history-making performance at Coachella, and countless records broken, it’s hard to believe this quartet are only on their first record. With the release of The Album, the girls officially arrive as artists, so the question is: how good is it?

Prior to The Album, Blackpink had made a name for themselves with huge pop bangers. From their breakthrough “DDU-DDU-DU” to “Kill This Love,” Blackpink were making music engineered for the dancefloor. Thankfully, on their debut full-length release, they continue that trend, bouncing across genres for some of the biggest pop in recent memory. They largely reject the minimalist trends that have brought recent success for their western contemporaries like Billie Eilish and Ariana Grande (the latter, nevertheless, notches a writing credit here). Instead, they opt for indulgence, diving into the maximalism of the early 2010s bubblegum and EDM, with heavy referencing to the era’s early rumblings of trap.

Lead single “How You Like That” remains a highlight on the full-length release, encapsulating the classic Blackpink sound, pairing explosive EDM production with each girls’ distinct style. The follow-up “Ice Cream” with Selena Gomez, is still perfectly sweet, walking the line between sickly and sour magically. Gomez really commits to the track, adding another texture to the quartet, blending with the group while also standing out for something that feels like a true collaboration rather than a stale guest appearance. Unfortunately the same can’t be said for the other feature on The Album. The Cardi B featuring ‘Bet You Wanna’ feels undercooked, the bare-bones production not gelling with the giant shadow of Cardi’s personality. It’s a strange choice to feature such a big star on what is easily the most minimal track on the record when she would have seamlessly fit on a number of other cuts.

However, ‘Bet You Wanna’ is the exception on what is otherwise an extremely solid, if slightly formulaic, debut. “Love To Hate Me” is a flickering trap track that feels like diet Taylor Swift circa her reputation era. “Crazy Over You” and “Pretty Savage” follow the “How You Like That” formula, driving their verses over an EDM beat and finding satisfaction with a drop for its chorus. ‘Lovesick Girls’ feels like a breath of fresh air, feeling like a classic 2010 hit from pop titans like Katy Perry. It’s huge and heartfelt and offers some great sonic relief in the wall of pure EDM. ‘You Never Know’ also offers this, a slow 2010s era pop ballad about how “It’s easier to judge me than to believe.” Like the songs they’re referencing, the lyrical work is nothing ground-breaking, walking the line between cringe and brilliant well, for the most part, occasionally slipping into the former (the “Pretty Savage” line, “born skinny, bish” feels extremely tone-deaf on a 2020 release, especially when it’s the practically the only lyric in that verse in English).

The Album offers the world its first fully-fledged look at some of the most rapidly rising stars on Earth. Even though the record is only slightly longer than their EP releases, it feels more stream-lined, designed like an album rather than a collection of songs. However, it is noticeably short, finishing prematurely as the sugar high is only beginning to take full effect. Nonetheless, The Album establishes the girls’ style further, both as a group and as individuals. With its sugary pop and its defiant hooks, it is hard to ignore. Blackpink are well and truly in your area, whether you like it or not.