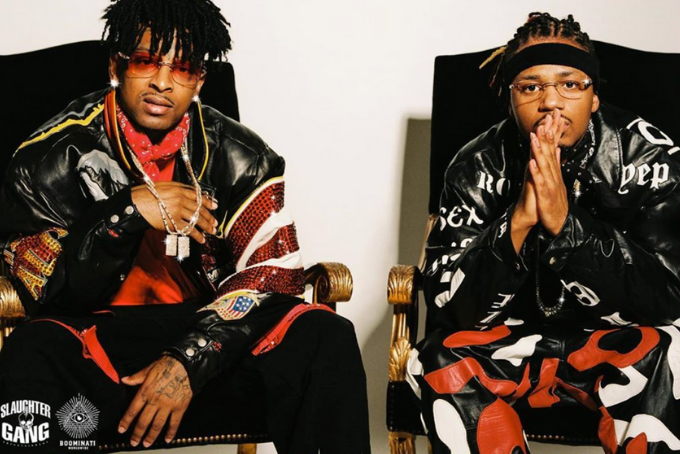 Its finally here! After MONTHS of waiting, Savage Mode II dropped, and people are excited. Honestly, who wouldn’t be excited? After a year of waiting, 21 Savage and Metro Boomin released the album on Friday, October 2.

Being the sequel to Savage Mode which released in 2016, the rappers went public with the announcement on September 28. With a grand total of 15 songs, Savage Mode II features: Drake, Young Thug and Young Nudy, and most importantly — and most surprisingly — Morgan Freeman.

You heard that right. The great Morgan Freeman narrated the entire album. Almost every song begins or ends with Morgan Freeman sharing his definition of what “Savage Mode” means. He illustrates it as not allowing anything to stop or deter you from your mission.

The record reached No. 1 on iTunes and all dominated the top charts on both iTunes and Spotify upon its release. The album follows Metro’s producing style, beginning and ending with a song utilizing the same beat. This is seen predominately in 21’s album Not All Heroes Wear Capes between “Overdue” and “Don’t Come Out the House.” In Savage Mode II, this can be seen in “Mr. Right Now” and “Real N***a Shit,” in which a girl discusses how women and men have the same mindset.

The same day of the album’s release, 21 Savage premiered the music video for “Runnin” on his YouTube channel. The video shares that 21 won a Grammy for best rap song back on January 26, and on August 26, he brought that Grammy to Atlanta. Both Metro and 21 are dancing with the Grammy alongside some children at a playground. He gives his Grammy to his friends in Atlanta and records them with it in the music video. check it out below!