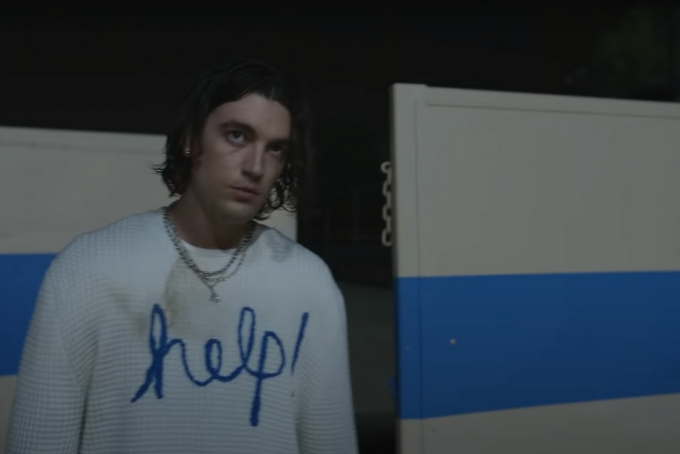 LANY is back and diving into their southern roots for their latest album release, Mama’s Boy. Although the band’s name stands for “Los Angeles New York,” they were actually formed in Nashville, and the band’s frontman, Paul Klein, was born and raised in Oklahoma. The band made it their mission to be their full authentic selves on this record while also giving appreciation to where they all grew up.

on behalf of our vision™

The album kicks off with “You!,” a ballad in which Klein sings about the moment when someone or something comes into your life when you’re at your lowest. Klein sings the chorus, “You’re the sun to the moon // You’re my ocean painted blue // You, I’m nothing without you,” over the guitar and drum-driven track with the assistance of a children’s choir toward the end of the tune. The album also includes songs about when someone just isn’t good for you, which listeners can here in tracks such as “Heart Won’t Let Me” and “When You’re Drunk.” Both songs include themes of toxicity in relationships, such as not being able to walk away from a bad relationship and someone only showing interest in you when they’re under the influence.

One of the most notable songs on the album is “If This Is the Last Time,” a powerful ballad dedicated to Paul’s parents. The song sends a message to listeners to cherish every moment with their loved ones because we never know when will be the last time we see them.

Following “If This Is the Last Time” on the tracklist, we hear another heart-wrenching ballad: “I Still Talk to Jesus.” In this track, Klein breaks our hearts all over again while confessing all his wrongdoings in life, singing, “Maybe I drink too much // Fall in and out of love // There’s been couple of times // I’ve done a couple lines // I lie to my mama, I smoke marijuana // Most of the time I do what I wanna // You might not believe it // But I still talk to Jesus.”

The album closes out with the tracks “Sad,” “(What I Wish Just One Person Would Say to Me)” and “Nobody Else.” The song “Sad” exemplifies the feeling of wishing the person who broke your heart was sad and missed you as much as you miss them. Moving on to “(What I Wish Just One Person Would Say to Me),” Klein opens up about the difficulties of having relationships while constantly being on the road and hoping to one day find someone that will stick around and understand that he can’t always be home. The song is the perfect lead up to the closing track “Nobody Else,” in which Paul comes to the realization that it doesn’t matter what you’re doing in life as long as you’rw with the one you love.

Overall Mama’s Boy is a beautiful album illustrating themes of family, hope and heartbreak and we wouldn’t have expected anything less from LANY. Its 14 tracks are full of emotions that many young people can relate to with ballads that are perfect for blasting with the car windows down. You can check out the trio’s third studio album Mama’s Boy now.