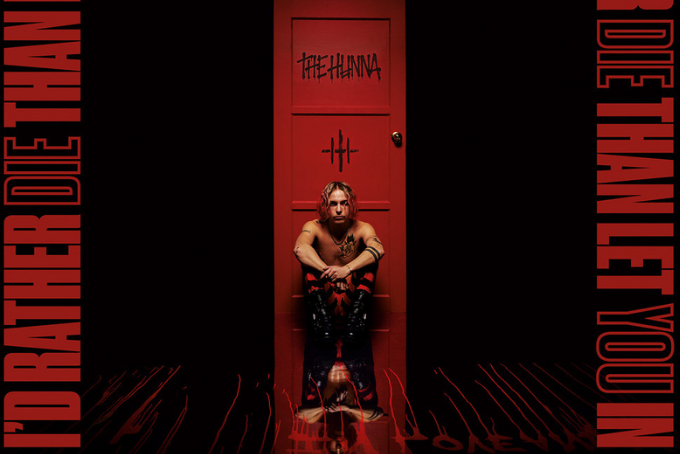 After nearly a two-year hiatus, British alt-rock group The Hunna mark a new beginning with the release of their third album I’d Rather Die Than Let You In. This emotionally charged project channels an array of unfiltered feelings that highlight the band’s darkest, most vulnerable moments.

Previously, the band released their debut album 100 in 2016, and their sophomore album Dare in 2018. However, since the release of Dare, the band had remained dormant (excluding a few singles) as they navigated an entire creative reformation. It was not until this year when The Hunna returned (as a whole new band) with five new singles ahead of I’d Rather Die Than Let You In.

The English rockers kick off the album with the eerie introduction that is “One Hell Of A Gory Story…” The intro, falling just short of a minute and a half, gradually builds up anticipation for what’s to come. As the song progresses, the haunting vocals of frontman Ryan Potter echo, “I don’t think you’re ready for this // This is gonna be going // Will the Getty boys survive this Hunna horror story?”

The band spoke on the root of their inspiration for the bold intro via Apple Music: “The idea for this was as an intro to the story, setting up the atmosphere for the album and this comic book-style horror. The line ‘Facing a damn dirty villain possessed by blood, lust and greed’ is referencing our past with the old label.” It’s incredibly apparent that the band aimed to set a chilling tone for the album, leaving fans curious to hear more.

Following the intro track, the band moves into intense lustful feelings in “I Wanna Know.” Potter prompts that he’s die-hard obsessed with the idea of his love interest and craves a quick fix. He sings, “I wanna live with you by my side // I wanna die with you on my mind // I wanna kill what you leave behind // Leave behind, leave behind.”

More standout tracks on the album include the anthemic single “Young & Faded,” an honest (and easy to resonate with) track “Dark Times” and an audibly chaotic exploration of how it feels to be “Lost.”

Some notable collaborations include legendary drummer Travis Barker in “Cover You” and alternative indie artist Phem in “Is This Love.” The album smoothly merges together old and new waves of alt-rock by including both a prominent rock influence, as well as a younger, up-and-coming artist with these two collaborations, and it’s refreshing to see The Hunna co-create with artists from both ends of the musical spectrum. Their effort to diversify the album was well-received and appreciated by long-time fans of the group.

Wow! We can’t believe ‘I’d Rather Die Than Let You In’ is finally out everywhere!! It has been one hell of a ride to get to this record and we are soooo f#ckin’ excited that we can finally share it all with you! After the second album we had to make the hardest decision we’ve ever had to make as a band to take some time out and set things right behind the scenes and we aren’t gonna lie it was scary at times. We told you guys right from the start what was going on and the support and belief you showed us was so powerful, it gave us that extra strength to keep fighting through and we can’t tell you how important and how grateful we are that we have the most beautiful, unique, crazy (like us) and passionate fans. It is a truly powerful feeling and we feel more connected to you than ever with this new record. They tried to destroy us but that was never gonna happen. This record is just as much yours as is ours, you fuel us! This album is about revenge, anger, finding power and strength in the face of adversity and survival. Seeing your reaction to the album already has us filled with so much warmth, it’s like releasing our first record all over again so we wanna say the biggest thank you ever to every single one of you. We can’t wait to continue this new era of hunna, we are only getting started. Stream the hell outta this shit and spread the word. Hunnamania begins. “I know, I know, I know, I should let you go, leave the past behind, but I would rather die than to let you in” LOVE U H FAMILY 🏴

The band expressed their deep gratitude for the fans’ immediate support in a recent Instagram post. They stated: “This album is about revenge, anger, finding power and strength in the face of adversity and survival. Seeing your reaction to the album already has us filled with so much warmth, it’s like releasing our first record all over again so we wanna say the biggest thank you ever to every single one of you. We can’t wait to continue this new era of Hunna, we are only getting started.”

I’d Rather Die Than Let You In feels very therapeutic in the way that it reflects the heartbreak and frustration rooted in the tragedies that 2020 has brought. Through the process of writing and producing this honest project, the band successfully turned their internal struggles into a creative strength. Now that the album is finally out for the world to hear, the band reassures fans that they are not alone in their feelings because it is inevitable in the human experience.