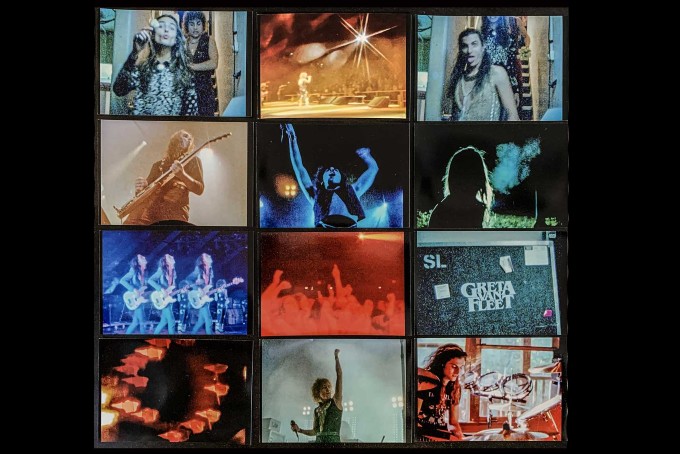 A year after their last single, Greta Van Fleet has dropped their latest: “My Way, Soon.” The track represents the change the band has gone through since their 2017 debut and gives fans an idea of how the next album will evolve. In an interview with Kerrang!, the members dished about the single.

Frontman Josh Kiszka explained, “This song was inspired by what three years of touring did by opening so many doorways. This is my truth, how I feel about all of our travels, but I know it echoes the experiences and changes of perspectives for Jake [Kiszka, guitar], Sam [Kiszka, bass/keyboards] and Danny [Wagner, drums] as well.”

Wagner continued, “The definition of ‘normal’ has very much broadened over the past couple of years, and it has affected us as musicians, especially in the writing and recording of this new album. We realized that while growing up, we had been shielded by a lot of things, we were unaware of a lot of things. And then we were thrown out into this huge world, and it was a bit of a culture shock at first.”

Keep in mind that when Greta Van Fleet first emerged, they were all between the ages of 18 and 21. They come from a small town in Michigan called Frankenmuth. Instead of going off to college, which is normally people’s first insight to the real world, they toured it.

“We’ve seen how people live in different parts of the world,” added Sam, “and we’ve developed intrinsic respect for different cultures and people. We’ve gone from driving down a highway to a show and seeing endless miles of shantytowns in Sao Paulo, to playing some of the richest places on earth.” Jake adds “The more we’ve seen — different cultures, people, and traditions — we’ve also seen a similarity between ourselves and these different cultures. It surprises me how similar we all are.”

With culture shock in mind, and the wheels of musical evolution already turning, this new album could lay to rest the “Led Zeppelin copy-cat” idea. “My Way, Soon” gives listeners a taste of that. The video for the track is a mix of concert footage and behind the scenes shenanigans from touring and being home. Watch “My Way, Soon” below.