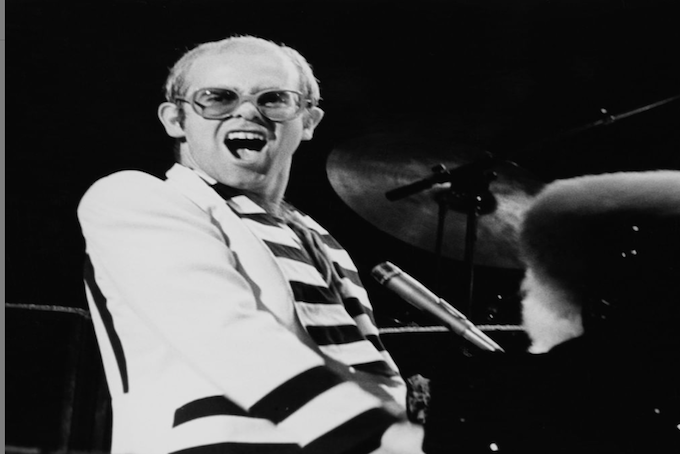 Elton John surprised us with a previously unheard song and psychedelic video to accompany it on October 9. The song, “Regimental Sgt. Zippo” was the title track of an unreleased debut album. It was recorded and produced at DJM Studios, the same building that housed The Beatles‘ publishing company, Northern Songs. The song itself is also a sort of tribute to the Beatles’ Sgt. Pepper era of the late 1960s. At the time this was recorded, no one could have predicted that six years later Elton John would be a household name, and almost as big as the Beatles themselves.

The video is an animated, psychedelic dream-land featuring beautiful textures and colors. It tells the story of a young boy who wants to be like his father, seemingly Sgt. Zippo. It features tiny army soldier toys playing the instruments to accompany the song, as well as other army iconography. However, it is a 60s video through and through, with swirly clouds, rainbows, and shooting stars. The video was released on John Lennon’s birthday, and I believe this was not a coincidence. Elton and John were close friends, and it seems like this video was a tribute to the Beatles and their iconic 60s musical style. It is nice to hear young Elton John singing as if he is a Beatle, and the video is extremely whimsical and fun.

“Regimental Sgt. Zippo” is just one of the many unreleased tracks being previewed before Elton John releases a career-spanning box set entitled Elton: Jewel Box. Jewel Box is set to be released on November 13, and features 148 songs, 60 of which are previously unreleased. The box set is focused on lesser-known works from Elton John. According to the announcement, the set covers “Deep cuts, rarities from the earliest stages of his and Bernie Taupin’s musical journey, B-side spanning 30 years, and songs discussed in his best-selling, critically acclaimed 2019 memoir ‘Me,’” along with a hardcover book containing extensive notes and a track-by-track commentary by Elton. If the box set is anything reminiscent of the video, we cannot wait to dive in. You can pre-save the box set here. And if you have not already seen the Sgt. Zippo video, check it out here.