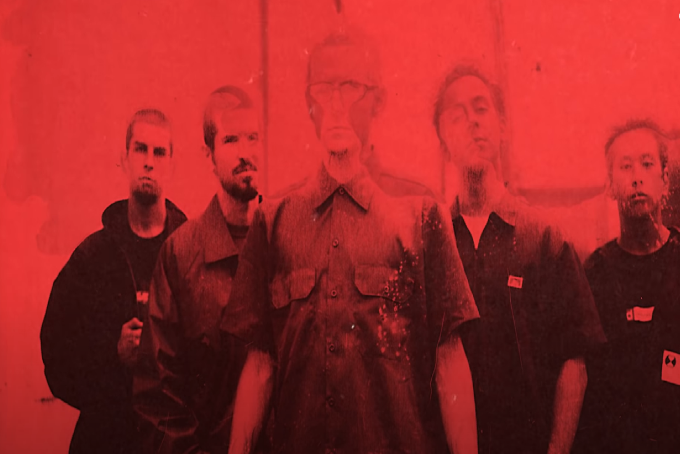 This October has already proven to be a big month for Linkin Park fans. This year marks the 20 year anniversary of the group’s debut album Hybrid Theory. To celebrate, the band announced back in August that they would be releasing a massive box set, which besides including the original release, would include 12 previously unreleased tracks, 12 rare b-sides, and 18 more tracks originally only available to the “LPU,” an online membership community.

One of the most anticipated of the unreleased tracks is “Pictureboard.” For many fans, the song has attained a certain level of legend. Member Mike Shinoda originally mentioned the track years ago in a conversation with fans, and since then, they’ve been eager to hear it.

“Pictureboard” was written and recorded back when Linkin Park went by their old name Xero, and before Chester Bennington joined the band. In an interview with Kerrang! guitarist Brad Delson explained the origins of the song with Bennington on vocals.

“We had made a bunch of demos and at that moment we were looking for a vocalist, and someone … a friend of a friend, had worked with Chester in Arizona,” Delson revealed. He went on to say that Bennington even left his own birthday party to record his vocals over the track once it was sent to him.

When Delson heard Bennington’s vocals on the track, he says that the recording blew his mind. “He sounds like two different people on the same song; the verses sound very, very vulnerable. That song shows you all of his range.”

The track, while a demo and not as sleek of a production as what Hybrid Theory would go on to be, still contains pieces of what would make Linkin Park stand out. The song opens quietly, with a lone guitar and drum pad beats. A young Bennington then enters, quiet but not timid. Even then, it was clear that the singer had remarkable control over his vocals, and this performance is just a taste of the intense vulnerability fans would come to love and expect.

The rest of the band kicks in on the chorus, with Bennington changing his vocals to a fuller and grunge-like quality. Each member gives it their all, coming in heavy and giving listeners some hard rock bliss. Shinoda jumps in to close the chorus out with Joe Hahn scratching over, almost seeming to mimic the rapper’s delivery. Shinoda laters delivers the same lines, each time building with intensity, before the track abruptly goes back to the soft guitar from its opening.

“Pictureboard” is a hidden gem in Linkin Park’s catalog, though not just because of the track itself. It’s a good track, but compared to what would eventually be released on Hybrid Theory, it’s not as strong. What makes this track special is what it marked for the band’s future. This version with Bennington on vocals was just a taste of what was to come for the group; a long and acclaimed career as innovators.