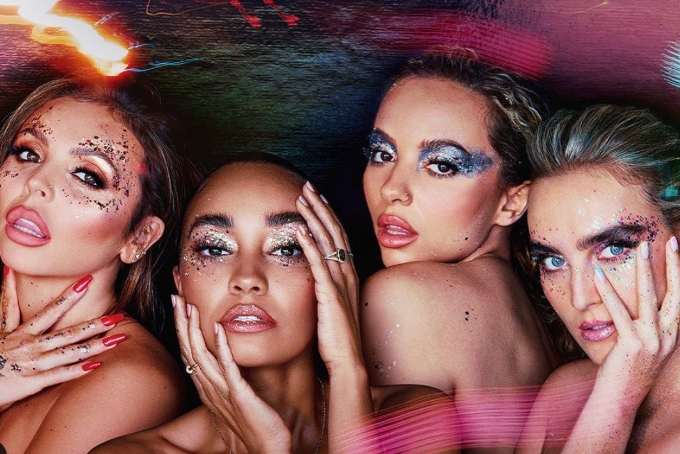 Little Mix has been on fire this year when it comes to releasing new single. In the past couple of months, the girl group has dropped three new singles and teased a studio album titled Confetti. Their new track, “Not A Pop Song,” is about pushing off the stigma that comes with being a female group — and they even take shots at their former label head Simon Cowell.

CONFETTI 🎉
We are soooo happy to share this news with you guys, our new album will be all yours 6th November 2020. So much love, emotion and energy has gone into the making of this record and now the news is out we can finally get excited about it with you!! #CONFETTI 🎉🎉🎉 pic.twitter.com/X2LK6DXYwA

The single was first teased backed in March 2020 when Jade posted a video from the studio. It it, the song’s pre-chorus was playing in the background. The group has also been dropping hints about the single, even tweeting back fans with lyrics to the song.

In the pre-chorus, Leigh-Anne mentions Cowell. “I don’t do what Simon says,” she sings in reference to how the music mogul often took credit for Little Mix’s success. With this track, the group focuses on moving on from past relationships and the toxic aspects of their career that led to their success. And contradictory to the song’s title, it is a pop song, and one in which all four members’ vocals shine.

Not A Pop Song is out now! This is just the first taste of what we've got coming on #Confetti… hope you're ready for more 👀 link in bio!

Listen to Little Mix’s new single “Not Another Pop Song” now, and let us know your thoughts in the comments or by tweeting us @soundigest.