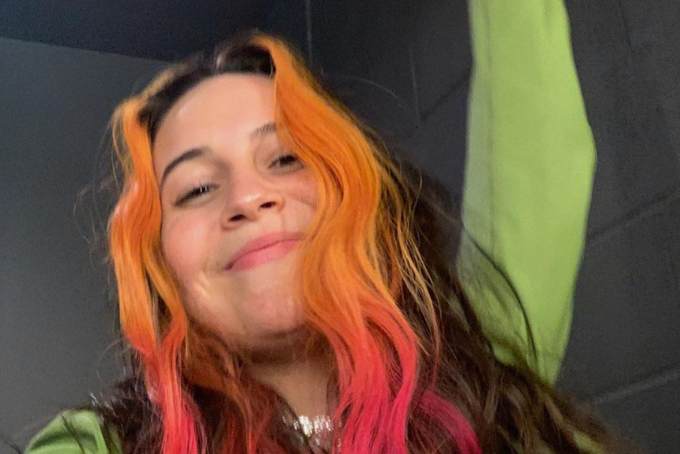 Bea Miller just released her first single of 2020! The track, “Wisdom Teeth,” is a lowkey song in which Miller wonders if she was wiser when she was young.

“I used to be so happy // No matter what happened to me,” she sings ruefully. “But when they pulled my teeth out // Lost the wisest part.” The song goes on to examine Miller’s loss of innocence, with lyrics about drowning problems “in Xanax and beer” and being the only one who buys her friends Christmas presents.

The production is understated, which complements the off-hand way Miller delivers the lyrics. Even though every line can hit like a punch to the gut, Miller sounds almost bored. It matches the theme of the song: growing up and realizing you were happier when you were younger.

The song’s release was accompanied by a music video. Directed by Gina Gizella, the video is full of dreamy, technicolor shots of Miller dancing, looking pensive and pulling — what else — fake teeth out of her mouth. “Hope you like the video we made it in my apartment,” Miller tweeted shortly after the song and music video dropped.

used to be so happy 🙁

This isn’t the only song that’s shaping Miller’s year, though. Her 2019 single, “Feel Something” went viral on TikTok after it became part of the Euphoria makeup challenge. The song was used in 1.3 million videos and received 3.4 billion video views.

“Wisdom Teeth” is the first single off her upcoming EP, Elated!, which will drop Friday, October 23. Miller has been releasing EPs throughout the year, made up of previously released songs from other projects; she’s even included songs from 2015 debut album, Not An Apology. We can’t wait to hear what else she has in store for us this year!

Check out “Wisdom Teeth” below: