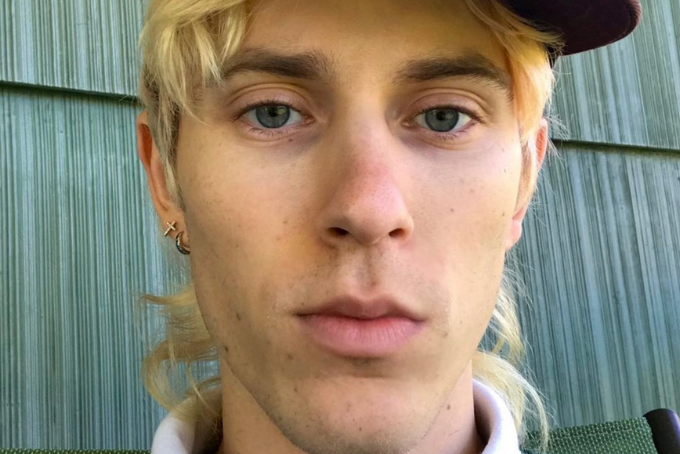 Rising indie-pop artist Dreamer Boy released his second single of 2020, “Crybaby,” which followed the successful release of “You Know.” Dreamer Boy first emerged into the pop scene in 2018 with his breakout record Love, Nostalgia, and has been releasing new singles here and there ever since. The Nashville-based artist’s rise in popularity can be credited to the dreamy fantasy-like aesthetic created by mixing tones of R&B, lo-fi pop and his soft echoey vocals. His new single, “Crybaby,” keeps this aesthetic cohesive with soft synths and touchy, introspective lyrics.

here are some crybaby artifacts including a crybaby hat, a painting i did on styrofoam, BTS from the video that was easily my favorite to make so far – a bike that clark spray painted and bobby built the green screen rig — savanna sewing a literal masterpiece of a shirt together. we can’t do this strange thing called life alone, so hold tight to your friends, family and others. sending each of you all my love 💙🌼🤞🏼

“Crybaby” takes Dreamer Boy’s discography to a higher tier of vulnerability and honesty as he unpacks his bottled up emotions. He sets a nostalgic tone as he expresses the struggle to open up, fearing that remaining standoffish will deteriorate his close relationships. In the pre-chorus he sings, “I just wish I had more courage for you // I don’t know why I was lying // Why’s it so impossible // To keep up with the people I’ve been meaning to? // Don’t want to let you down.”

The visual representation of “Crybaby” perfectly suits its lyrics. The music video is full of moody light and colorful abstract shots. Dreamer Boy is captured in a nostalgic, child-like state in which he is seen dancing, riding a bike and even jumping on a trampoline. The entire video exudes wholesome energy, leaving viewers with a sense of peace.

A recent DIY Mag article shares a quote from Dreamer Boy in regard to this new release. He explained, “This song is about friendships, courage, and love. I wrote it after a psychedelic experience that led to an outpouring of emotions that were bottled up for a long time. This song is meant to be that release.”