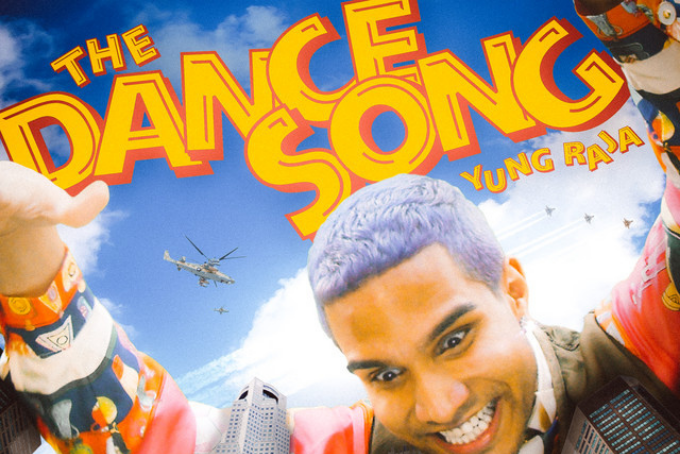 Singaporean rapper Yung Raja is on the verge of becoming Southeast Asia’s next global star. His first two singles, “Mustafa” and “Mad Blessings,” have accumulated well over 1 million views each on YouTube and all eyes are now on “The Dance Song,” his third major release. Channeling his inner Looney Tunes in the quirky visuals, Raja’s latest effort is charming, amusing and utterly irresistible.

As a bilingual hip-hop artist, Yung Raja has found the perfect way to blend English and Tamil culture in his lyrics. This isn’t news to those familiar with his freestyle videos, in which the musician effortlessly rides each beat with rhymes in both languages. With the aid of a disarmingly catchy instrumental, “The Dance Song” oozes sheer charisma and humor, which are Raja’s major selling points. His flow is unrelenting and, at times, reminiscent of Eminem‘s most whimsical works.

“The Dance Song” is a delight to listen to and the corresponding music video is just as captivating. Kicking it off with a nod to the Looney Tunes series, Raja parades through bizarre scenarios with a radiant — and slightly unsettling — smile on his face. The video continues to set the stage for Raja’s public persona: a comically carefree rapper whose strange visuals are offset by his impressive vocal talents. But make no mistake, the 24-year-old takes his career seriously and every move is a calculated one, as per his interview with NME. He stated that he “would like to approach [music] like a job” in an effort to pursue his passions while providing for his family.

Along with the release of “The Dance Song,” Yung Raja announced that he signed to Alamo Records, home of artists like Blackbear and fellow newcomer Trevor Daniel. This is only the beginning for the Singaporean rapper and we already can’t wait to see what he does next.