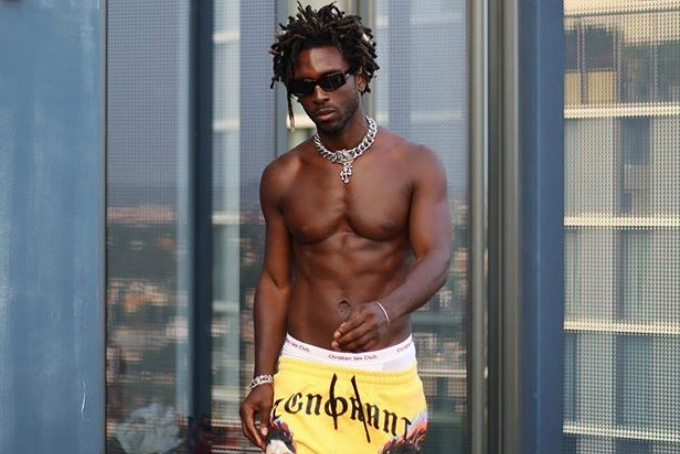 Brooklyn rapper SAINt JHN has continued his busy 2020 with his third release of the calendar year, “Gorgeous.” The track comes on the heels of the success of a remix of SAINt JHN’s biggest song to date, “Roses” by Kazakh DJ Imanbek, which launched the first single from his 2018 Collection One album back into the Billboard Hot 100 in 2019. The track hit number one in five countries, was certified diamond in France, 67x platinum and is on pace to hit one billion Spotify streams by 2021.

A different direction for SAINt JHN, “Gorgeous” features sinister trap production and flowy melodies. It’s a feel good track fit for pre-drinking with your friends. “Tryin’ to get her money, she was 19 // Moving to Miami was her life’s dream // They told her she could end up on a widescreen // She liked that, she thought she was lightning,” he raps.

SAINt JHN debuted the track in a live performance in aid of Pepsi Unmute Your Voice, a live streamed event directing young people to register to vote in the upcoming US Presidential Election.

SAINt JHN also divulged his album drop date for his next project, titled When The World Was Burning. JHN’s third record will grace our ears on October 16, with “Gorgeous” is second on the twelve song track list. Thus far in his young career, both of his studio albums were in the top 50 in both Canada and the United States, so we can’t wait to see what he’ll do next in his career. We’re expecting some pretty big things from him.

Listen to “Gorgeous” below, and let us know what you think of the track!