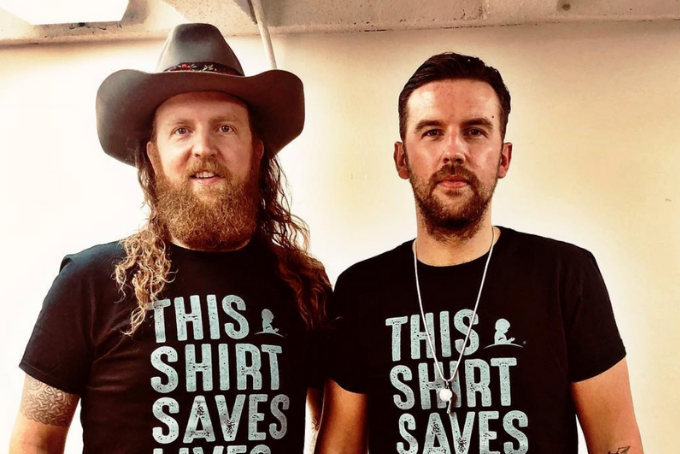 Country duo Brothers Osborne are back and better than ever with their latest album release, Skeletons. The duo released the album Friday, October 9, and has been a major fan-favorite since. The album includes 12 co-written songs by TJ and John, making it special for the duo as well as for their fans!

The new album is out everywhere this Friday, Oct. 9th 💀💀-Team BrOs

In regards to the album, the duo shared, “This record almost didn’t happen multiple times. Between burn out, road fatigue, physical and mental health struggles, a tornado knocking out the power in the studio, and then the pandemic, it was an uphill climb to get it done. At times it felt like it could potentially be the last album we’d ever make so we recorded it that way, throwing all of our chips on the table. Love it or hate it, Skeletons is who we are and we’re beyond proud of it.” Clearly, Skeletons is a gift from the duo to fans straight from the heart.

While all 12 songs on the album are amazing in their own way, fans are particularly fond of a few: “Dead Man’s Curve,” “Skeletons,” “Hatin’ Somebody” and “Old Man’s Boots.” All are different, but each reflects the duo’s style in their own way.

“Dead Man’s Curve” is upbeat and has a rich honky-tonk feel, which makes it super fun for fans. “Skeletons” really illustrates the duo’s talent, especially with TJ’s vocals, really making it a standout for the album. “Hatin’ Somebody” is all about spreading the love and how “hating somebody never got nobody nowhere.” It is also super upbeat and refreshing to see a different side of the duo.

“Old Man’s Boots” is a little bit slower of a song, which isn’t typical for the duo, but it certainly makes you think it was written for your own dad, which is what makes the song really special.

Overall, the album is a wonderful tribute to fans and country music at its core — something the duo is known for. The album showcases Brothers Osborne’s musical talent from fun upbeat songs to slow chill songs and everything in between with a little bit of something for everyone Listen to Skeletons now!