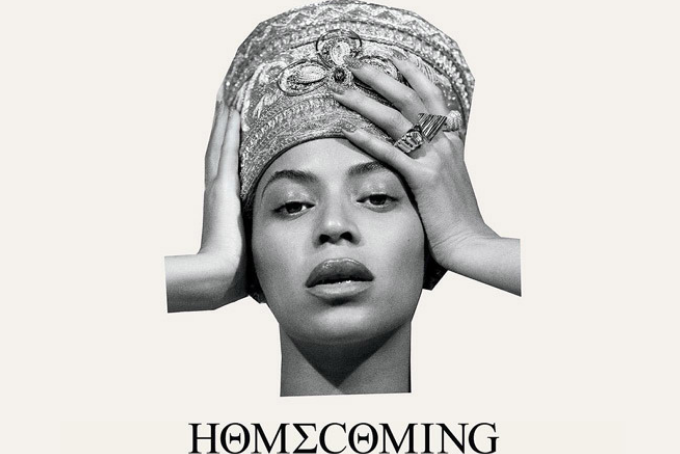 Beyoncé‘s iconic Homecoming: The Live Album is set to be available on vinyl this December, just in time for the holidays! The vinyl package is set to come out on Friday, December 4, and will be released as a 4xLP set that comes with a 52-page booklet. The live album captured Beyoncé’s rave-reviewed Coachella performance, and will now be available for all vinyl lovers.

The set’s description shares, “A four-disc vinyl set of Beyoncé’s historic headlining Coachella performance on two weekends in April 2018.” The website continues, “Beyoncé was the first African American woman to headline the festival and her performances received immediate widespread acclaim from fans and critics alike for the staging and celebration of Historically Black Colleges and Universities (HBCUs). The set includes over two dozen songs that moved over 125,000 concert goers in the Valley. The epic pyramid-shaped bleachers held some 100 dancers and band, with special guest performers including Solange, JAY-Z, and Kelly Rowland and Michelle Williams, who brought Destiny’s Child magic, harmony and nostalgia.” You can pre-order the set here.

After the release of her Homecoming Documentary on Netflix, fans were eager to listen to the live performance over and over again, prompting Bey to release the live album on all streaming platforms. Now, fans can relive the performance again and again — this time on vinyl — and peruse through the booklet to see stunning pictures from the set. A preview of the set was shown on the shop’s Instagram, pictured below.

Beyhive, rejoice! We can’t wait to order this as presents for all of our fellow Beyoncé stans. The track-listing can be found below, and it does not disappoint. We cannot wait to relive Beychella over and over again.