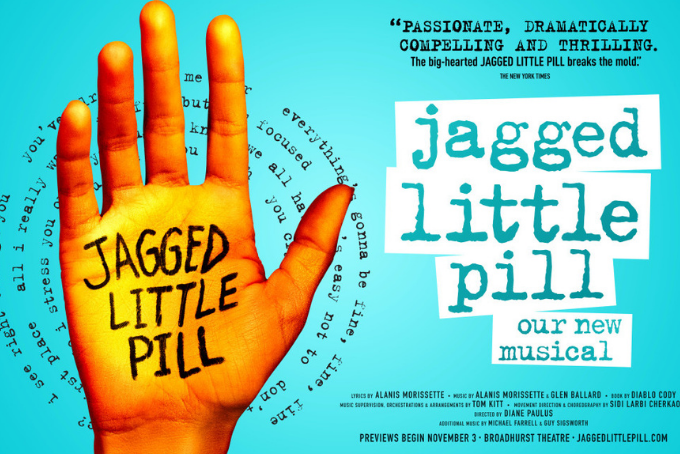 Alanis Morisette‘s musical, Jagged Little Pill, has snagged an impressive 15 Tony Awards nominations. Premiering at the American Repertory Theater, the musical’s goliath nomination feat proved to be the most of any Broadway show of the 2019-2020 season. A.R.T. Terrie and Bradley Bloom Artistic Director Diane Paulus was also nominated for Best Direction of a Musical.

#JaggedLittleBroadway is thrilled to receive 15 #TonyAward nominations, including Best Musical! Thank you to our incredible cast, crew, band, and creative team for always leading with your heart and embracing every ounce of human-ness—these honors are yours. 💙@thetonyawards

Blatantly based on Alanis Morisette’s killer debut record, Jagged Little Pill, was constructed at the A.R.T., where it had a stirring 79 sold-out performances. The show ran from May 5 through July 15, 2018, and in that 10-week engagement, it broke records becoming the longest-running and most lucrative production in the theater’s history.

It wasn’t until November 3, 2019, that Jagged Little Pill began its previews to run on Broadway. It officially opened on December 5, 2019, but unfortunately, its season was cut short due to the global COVID-19 pandemic.

The only other show that even came close to beating the A.R.T.’s musical’s nominations was Moulin Rouge: The Musical, which started in Boston before packing up for New York with 14 nominations.