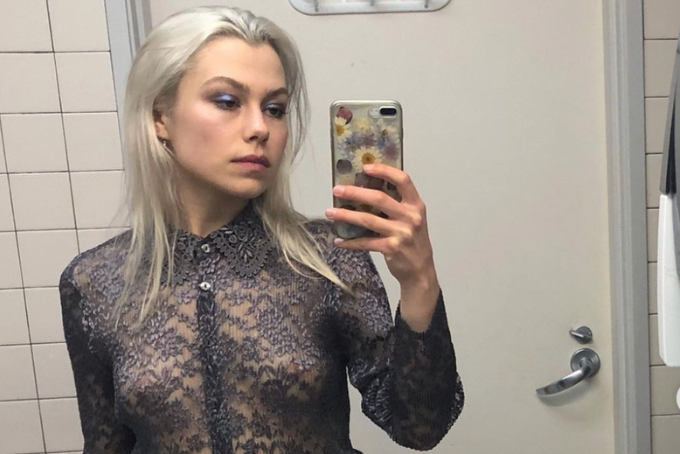 YouTuber Itsblitzzz, famously known for her ASMR videos, welcomed Phoebe Bridgers onto her channel. Bridgers joined Itsblitzzz, or Julia>, at her California residence to receive an ASMR massage. The pair met and spoke via the internet — who meets in person these days anymore — and became pals.

The video shows the singer-songwriter sitting in front of the camera whilst receiving a massage to her head, neck and shoulders prompting, “Oh my god, that was so nice!”

Earlier in the year the 25-year old California native released her sophomore masterpiece Punisher, following her incredibly successful debut, Stranger In The Alps. It’s stunningly splendid — an accumulation of senses. Bridgers cited ASMR as an influence on Punisher.

She told Pitchfork, “I have been watching ASMR videos since I was a teenager, before they were all that. They were called ‘whisper’ videos back then. I was doing a school paper on the lymphatic system and I stumbled upon all these weird massage videos that were specifically for people to fall asleep to. I would watch them for hours at the school library. Maybe a year or so ago, I was trying to fall asleep and stumbled upon this hipster wellness witch. She’s a vlogger who also does ASMR videos, which is a very weird thing to be into, but I watch all of her sh*t. She apparently lives very close to me, and we have a ton of mutual friends. She’s very sincere, which is a quality that I usually find very cringey. But I love that she’s just someone I would consider cool and is also a vlogger. I thought that was mutually exclusive.”

She is best known for her involvement in musical groups Boygenius and Better Oblivion Community Center. The two quickly became close pals. Itsblitzzz was inaugurated over a decade ago and since then has compiled over 629,000 subscribers with her ASMR videos, assembling millions of views.