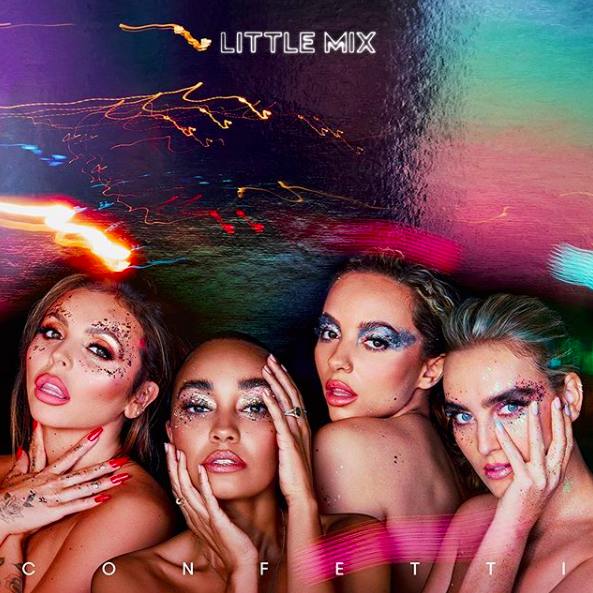 British girl group Little Mix just dropped another track off their upcoming album, Confetti. “Happiness” is classic Little Mix: an upbeat, club banger with lyrics about self-love and learning how to be happy on your own.

“I was searching for happiness,” the group croons, “I was using you to fill up my loneliness // realized from the moment I set you free // I found the love, I found the love in me.” The message of self-acceptance is familiar ground for Little Mix. Many of their previous singles preach loving yourself for who you are, like “Wings,” “Little Me,” “Power” and “Strip.”

The production of this song, plus the other singles they’ve released, isn’t a new sound for the group, but Little Mix knows what they’re good at, and they stick to it. Plus, big pop songs are just plain fun! The band knows how to temper the sweet with the serious, though, which means we can definitely expect some ballads and edgier production.

“So much love, emotion and energy has gone into the making of this record and now the news is out we can finally get excited about it with you!!” said the group in an Instagram post announcing Confetti’s release.

Releasing an album isn’t the only thing on the band’s plate right now. They’re also judging their own music competition show on BBC, called “Little Mix: The Search.” The winning act will open for Little Mix on their upcoming Confetti tour. The tour dates start in April of next year, but obviously, no one knows when we’ll be able to attend normal live shows again.

The group also has a concert film coming out. LM5 Tour: The Film showcases the group’s last tour for fifth album LM5. The movie will play in cinemas worldwide starting November 21.

Confetti will be out November 6. Previous singles are “Break Up Song,” “Holiday” and “Not A Pop Song.”