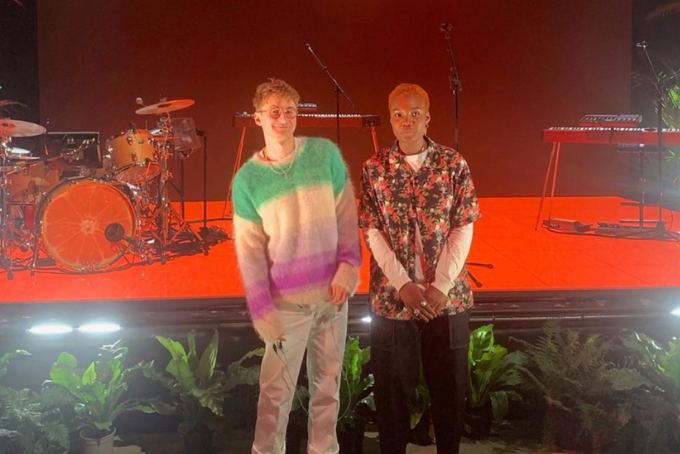 Amidst the scramble that has struck the entertainment industry in the form of postponements and cancelations, UK-based electro-pop stunners Glass Animals have refused to lose their shine. In addition to the release of their third full-length studio album, Dreamland, in August, Glass Animals have blessed streaming services with a remix of their heart-mangling anthem, “Tangerine,” with a feature from London artist Arlo Parks.

The original album version of “Tangerine” pays homage to the stagnation of a relationship when a significant other becomes a new person. Dave Bayley’s otherwise smooth and even vocals open up to passionate and incredulous questioning in the refrain, singing, “But I wish I could show you more of yourself // I wish I could make you somebody else // But I left it way too late // Are you stuck in your own ways?” What do you do when there are pieces of the person you fell in love with behind the new façade?

My sweet boys @glassanimals asked me to hop onto their timeless banger “Tangerine” off their album “Dreamland”! It was a pleasure to be a feature and have a boogie on stage with them for their livestream. Love you boys 🐙 go smash the link in my bio to listen

The feature from Arlo Parks adds a poignancy that was hidden amongst the pop-dance sounds of the original. Parks describes her music as “confessional and tender,” a style that slides dreamily alongside the veiled angst in Bayley’s original vocals. “There’s nothin’ I can keep // I used to know the way you smiled // And how you liked your tea // Now, you’re spirited away // Catch a glint in the eye of the ghost that you are.” The layers that Parks creates in one verse feels like the perfect counterpart to an already provocative anthem. She establishes the other half of the conversation that clarifies the relationship is essentially over. The fondness is still there but the other half of the relationship is gone.

The combination of Glass Animals’ beats and Parks’ silky smooth feature brings new meaning to the concept of “crying in the club” with dance synth beats and lyrics that bring that certain ex-partner to the forefront of your memory. Smile through the sadness and check out the song now!