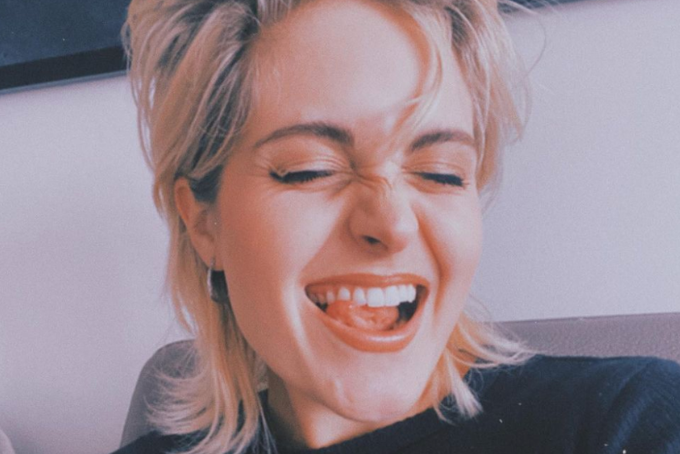 British Columbian rising star Madison Olds continued her busy 2020 with her third single of the calendar year, a vivacious tune called “Bad Thing.” Coming on the heels of her 2019 debut record, Blue, and a top-10 finish in the CBC Searchlight 2019 competition, this has been a solid year for the 22-year-old hailing from Kamloops. Having opened for industry heavyweights such as Willie Nelson and Kacey Musgraves, Olds is on pace to solidify herself as Canada’s next big thing.

In a press release, Olds called the track “a flirtatious tale of a girl who fights herself from falling for someone who may or may not be trouble, even though their attraction to one another [has] her going crazy.” Clever vocal improv, incorporating a cluck sound into the beat of the song is a nice touch. Bubbly and energetic, the track encapsulates her personality on social media — the perfect addition to your autumn playlist.

Susurrate synths swaddle snappy lyrics of love, lust and desire, “I can feel it when you’re getting real close // You’re the language that my body knows // Say my name I put it all on hold // You know my body.” she sings.

“Bad Thing” is a clear follow-up to August’s “3’s A Crowd,” both wrought with sexual tension. The singles, as well as the first single this summer, “Best Part of Me” hammer home Olds’ vocal range versatile. The preceding singles are nearing 500k streams combined on Spotify.

From a marketing standpoint, Olds has been active on all of her socials, particularly TikTok, on which she has amassed over 3.5 million likes and a following of 134k. It would appear Olds is gearing up for another long-form release sometime in the new year.