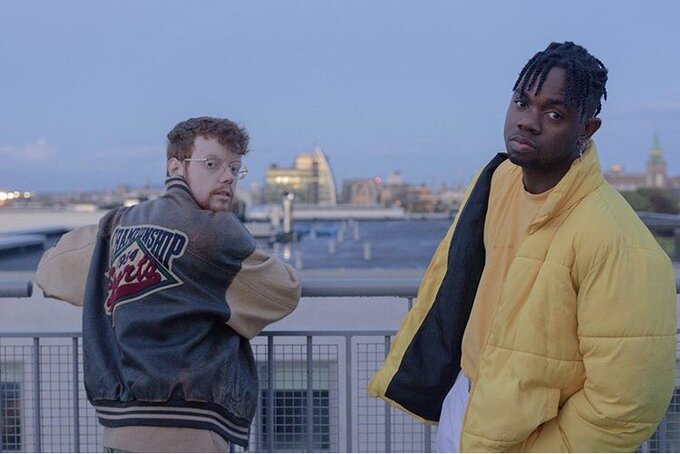 2020 has already been a banner year for rap and hip-hop. Continuing to steadily tighten its iron grip on the zeitgeist, the genre has well and truly replaced pop at the top of the western charts, with more and more artists breaking through. Stars like Megan Thee Stallion, Roddy Rich, and Doja Cat, who started the year as the next big things, have become household names in a matter of months. For every star, there is someone equally talented waiting for their moment. Irish duo Tebi Rex is exactly that.

Breaking through to the upper echelons of the Irish music scene with their debut record, The Young Will Eat The Old, last year. The pair have been solidly on the map since. With their latest EP, Brackets the duo continue to establish themselves as one of the most interesting and capable acts Ireland has to offer. Tebi Rex, which is made up of Kildare-natives Max Zanga and Matt O’Baoill, is one of those acts that are completely fearless, unafraid to just try something for the sake of it.

After proving their ability to create cohesive bliss, Brackets boasts a variety of sounds, straying between pop and trap and hip-hop with relative ease and often within the same song. Airy pop and stuttering trap fight for dominance on ‘White Boy of the Month,’ while nostalgic synth arrives with “I Got My Whole” and “You Thot” brings some somber acoustics. “AAAAGH” featuring Awkward Z feels the most commercial, a straight up trap banger about drinking way too much feels far too hype for a world stuck at home due to a pandemic. Despite their different production, the tracks never feel disjointed. Instead, all four songs arrive with an impenetrable smoothness. The pair‘s lyricism is, as always, elite, full of countless references and plays on words (“Suite Life like Brenda” from “I Got My Whole” remains a personal favorite.) The brilliance of this duo is in their ability to blend vastly different sounds and references with undeniable ease, filtering it all through their unique Irish viewpoint.