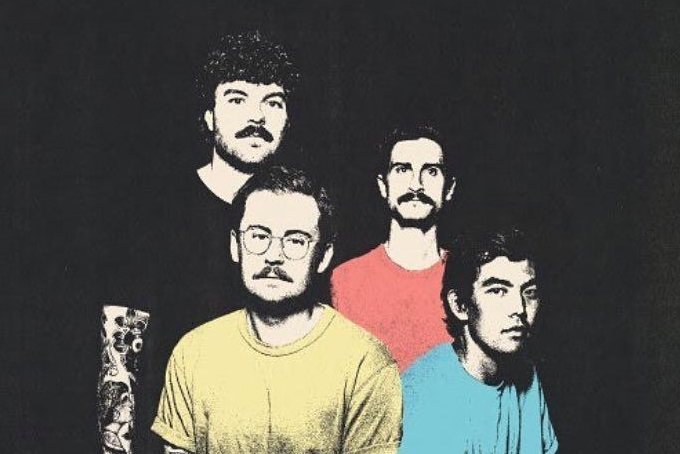 In the music industry, sometimes the artist leaves it up to the listener to adjudicate a release, and discover the theme of a new record themselves. Then there is Seaway – who make it so obvious they aptly named the record Big Vibe. The title, while blatant, is pretty much dead on accurate.

The Oakville, Ontario punk-rockers are back with their fourth studio album, Big Vibe, which dropped 7 years plus a day after their debut record, Hoser was released. While their last full-length record came in the form of 2017’s Vacation, Big Vibe comes on the heels of the band’s first compilation album, the heavily-experimental Fresh Produce, which came out 18 months ago. Big Vibe is 11 tracks worth of justification why these Canadian lads have managed to stand out in the crowded theatre that is modern-age punk.

The record quelled fans’ concern that the band’s sound would change drastically after longtime rhythm guitarist Patrick Carleton split with the band. The dual vocalist route was ever-successful for the fan dubbed ‘Sea Boiz’ – harmonies between Carleton and front man Ryan Locke were a staple of Seaway’s live shows, but Big Vibe is all the evidence we need to know Locke can hold his own just fine. With some tasteful production, Locke’s voice changes to best fit that particular track – a la hip-hop heavyweight Travis Scott.

Most bands have one or two songs per album, outside of the promotional singles released before the record itself, that go on to be certified live show staples. Big Vibe is littered with candidates. Tracks that are captivating and carry lyrics that have a considerable sing-a-long factor in their concept, namely “Sweet Sugar” and “If You Let Me.”

Big Vibe is an easygoing, freewheeling sound for the quartet. Pleasing day one fans with a nostalgic punch, lusciously layered instrumentation and shifting pace through the record, the band’s versatility is on full display. While knocking it out of the park on their signature punk songs, they also were extra solid on more pure rock tracks, like “Still Blue” and the leadoff track, “Brain In A Jar.”

The standout track comes in at number two on the track list, the power-pop banger title track, “Big Vibe.” Early pop punk vibes fit for the opening credits of a teen coming of age comedy film. Clean production and a catchy hook pushes the envelope as Seaway goes full steam ahead into a new phase of their trajectory. Locke sings of a girl he admires, who’s “sick of serving coffee // to mysterious guys” and has “got a big bright future // but she’s just gotta survive.”

On social media, Seaway has been noticeably active leading up to this release, posting snippets of songs daily on Instagram. As further promotion, the band offered fans test prints of the album as well as regionally available alternate design vinyl packages.

The record shows considerable maturation of the band from when we first met them many almost a decade ago. From a writing perspective, the tracks are concise and precise to the theme of the record, and outside of “Mrs. David,” leave little to the imagination. Production-wise, it is sleek and sounds well combed over in post. For those in mental down-time during this unprecedented year, Big Vibe is a stupendous break from life that we can all turn to. Seaway crushed it, again, and seeing how far they have come is truly