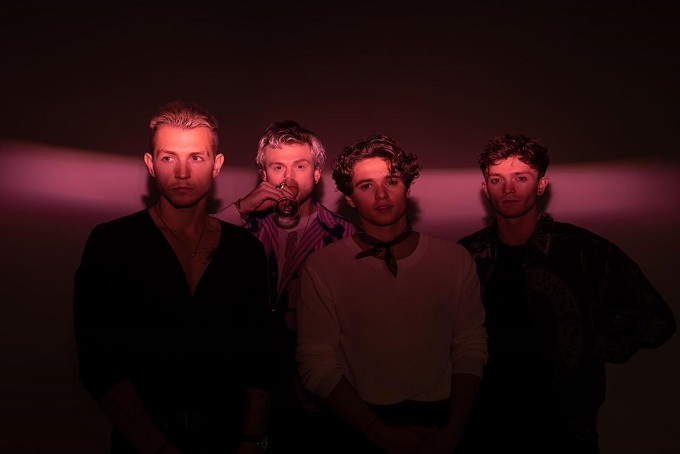 On October 16, The Vamps released their fifth studio album Cherry Blossom. The band celebrated the release with a live stream on their YouTube channel, where they played singles “Better,” “Chemicals” and “Married in Vegas” as well as songs that they had never played live before such as “Nothing but You,” “Would You” and “Glory Days.”

The new record includes 10 songs that, as the band stated, sum up the past two years of their lives. Cherry Blossom is all about becoming a better person and never taking anything for granted. With hopeful anthems like “Better,” the band encourages the listeners to live life to the fullest and to always give their best in everything they do.

It’s finally here, we are so unbelievably happy to share with you our 5th album It feels very surreal, to have the past two years all wrapped up in ten songs. We hope these songs can bring you joy and escape and help you out in some way. 🌸https://t.co/b8DmBw2FHE pic.twitter.com/OFCb7iHfhj

One of the saddest tunes in Cherry Blossom is “Protocol”; nevertheless, it is not based on a true story. Guitarist James McVey wrote the song after thinking about how his life would be like if he ruined his relationship with his fiancée. McVey stated: “This song is a weird one for me… I thought about what I valued most in my life. And it’s my fiancée and her parents ─ I have a really good relationship with her dad. I wanted to write a song about how I would feel if I ruined the best part of my life… What would happen if I cheated on her next week? My life would fall apart.”

Similarly, “Treading Water” demonstrates how the band’s songwriting has evolved over the years. The song’s raw lyrics describe a journey to self-discovery and real love. Lead singer Brad Simpson referred to it by saying that “the album starts with ‘Glory Days’ and this really positive thing, and it ends similarly on a positive slant [with ‘Treading Water’].” Although some of the lyrics are sad, the song’s main message and tone are hopeful. Of course, Cherry Blossom includes upbeat tracks that are signature in every The Vamps album. In this case, “Married in Vegas” and “Bitter” are sure to make you feel energetic and happy.

Mostly, the new record is heavily influenced by alternative and electropop music, sounds that are very different from anything the band has done before. Simpson’s vocals get better in each song, and the album’s production, as McVey stated, “is equally as important as lyrics and melody.” Drummer Tristan Evans added to this by saying “We’ve got so much stuff on our laptops we can go through, and that’s just really important as a producer. That pushes you as a writer, too, when you can put down ideas quicker, or you can put samples in from a drum pad. Something portable is very important for us.”

Definitely, Cherry Blossom is the start of a new era for The Vamps, and we could not be happier about it. In Simpson’s words, “music tends to play a big part in pulling people out of dark places or bringing a bit of joy to people’s lives, and if we can achieve that we’ve done our job.” We hope that this record brings even more success to the band and that more people truly give these musicians the recognition that they deserve.

You can watch the music video for Cherry Blossom’s latest single “Better” below, and do not forget to stream the album on Spotify, Apple Music or YouTube.