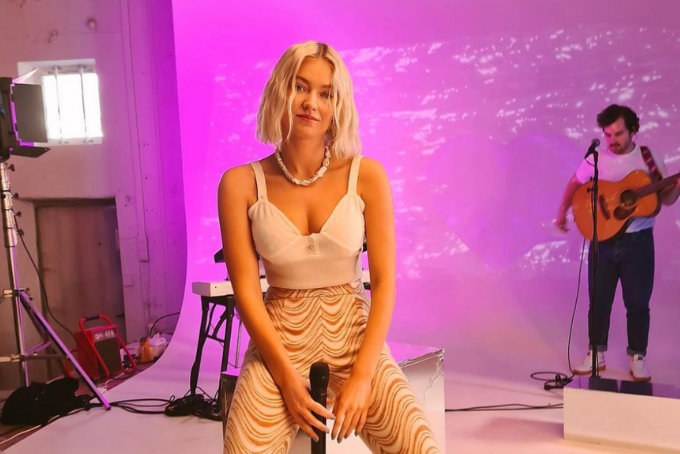 An exposé of Astrid’s illustrious vocal range and pitch control, Leave It Beautiful is wrought with dreamy production and unyielding melodies. Gentle instrumentation adds buoyancy to the 10 tracks that magnificently exemplify Astrid’s personality — light and cheerful. Smooth rolls from verse to chorus throughout, lyrically lending a sympathetic ear to people who experience romantic struggles in the digital age. The record was co-produced by Astrid in association with Swedish mega-duo Jack&Coke.

Remaining vulnerable throughout, uplifting tracks such as “It’s Ok If You Forget Me,” “Obsessed” and “Can’t Forget” lean the vibe of the record to more of a summery tone, which begs questions of the chosen release date. But, as goes in the music industry for the most part, little divulgence on when the album was completed is public knowledge.

Previous to Leave It Beautiful, Astrid has released five successful EPs, and has amassed more than 2 billion Spotify streams. Having toured as a supporting act for the likes of Zara Larsson and Troye Sivan, it’s easy to see how she placed in the top five in season seven of Norway’s version of Pop Idol at just 16-years-old. A common sight on the European festival circuit, here’s hoping we can see Astrid play the new tracks live sooner rather than later.