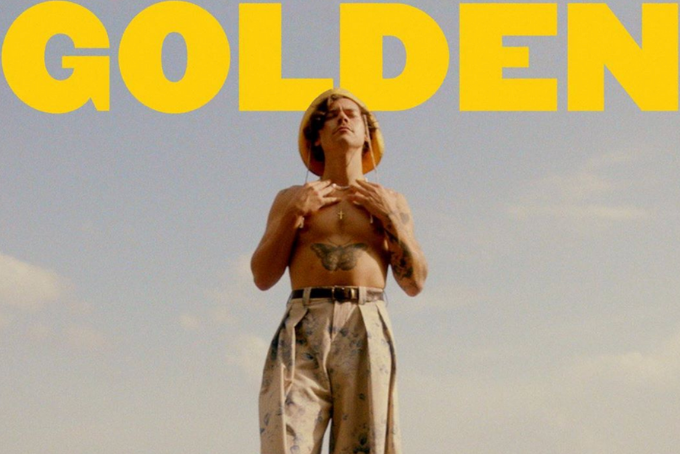 Harry Styles fans are freaking out over the anticipated release of the new music video for his song, “Golden.” The upbeat track, which serves as the first track on his sophomore album, Fine Line, incorporates lyrics about love and the worry of being heartbroken.

With lyrics like, “I know that you’re scared because I’m so open,” we are able to see a more vulnerable side of Styles than we did on his debut self-titled record.

Within the past couple of weeks, fans have grown suspicious of the release of the “Golden” music video — and with good reason.

I APOLOGIZE IN ADVANCE FOR THE PERSON I WILL BECOME WHEN HARRY STYLES DROPS THE GOLDEN MUSIC VIDEO.

During this era, though more open with his lyrics, Styles has been notorious for teasing his projects through websites with personalized cryptic messages. So naturally, fan theories only grew stronger when a site launched, which let them customize postcards from Italy reading, “You’re so Golden. Love, H.”

This comes just weeks after pictures leaked of the singer filming in Italy, for what fans assumed to be this video.

we're getting a whole ass music video of harry styles driving around italy in a car and motor boat with his curls flying in the air while he's chasing the sun and golden is playing in the background. GOLDEN IS COMING TO SAVE 2020

On October 23, Styles’ team, HSHQ, shared a photo on Instagram which suggested that the video was closer than everyone originally presumed.

To follow up, on Sunday, October 25, the account posted a video on the platform, showing a golden retriever puppy swimming with the track playing in the background, which has since been deleted.

At this point, fans were entirely convinced that all parts added up to what could only be the announcement of this soon-to-be iconic release. Much to their relief, HSHQ officially announced the release of the music video which is dropping today.

Fan theories also suggest that this video will wrap up the singer’s Fine Line era, which kicked off last October when he released “Lights Up” after mysterious posters popped up around the world asking, “Do You Know Who You Are?”

Now that we’ve got a set release date, Harries have taken to Twitter to share their excitement, as #Golden has started trending once again:

GUYS #Golden isn’t out yet and we are already crying
I can’t wait for tomorrow 💔😭@Harry_Styles pic.twitter.com/5Vdl1ZukF1

it’s going to be awkward when i have to email my teachers to tell them that i wasn’t able to log into class because harry styles isn’t telling us what time the #Golden mv is coming pic.twitter.com/FeIQf5TWlf

We’re not sure what to expect from the “Golden” music video (or what time it will drop) but one thing is for sure: we are not ready.