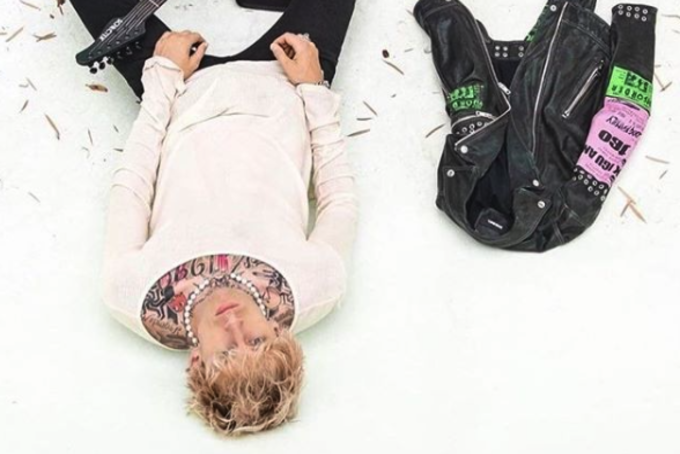 Who would have thought that 2020 would be the year that pop-punk climbs it’s way back into our hearts and charts, and yet, Machine Gun Kelly seems to have done just that.

Machine Gun Kelly, whose real name is Colson Baker, has never been more comfortable than when he has a guitar in his hand and Travis Barker behind him. Despite the fact that he has been in the music industry for the last decade, primarily in hip-hop, it feels like he’s finally hit his stride with his number one album, Tickets to My Downfall. Full of pop-punk gems, it’s his collaboration with Halsey on “forget me too” that truly shines, and with the release of the music video, it’s clear to see why.

Both Halsey and MGK are not new to the pop-punk world, having stated in countless interviews their love for Blink-182 and other early pop-punk bands, but it’s especially fun to see both of them finally get to live out their pop-punk dreams. The video opens up on MGK as he fixes his bike only to keel over in pain where he promptly runs to the bathroom, pulls a Magic 8 Ball out of his spine, and discovers a small Halsey encased. From then on it’s like a bullet train as the camera follows both MGK and Halsey as they run around the house after each other only to collide in the very last seconds of the song. It’s a very obvious metaphor for wanting to escape the feelings and emotions tied to a person, but no matter what something always brings them back together and neither side can truly let go. The idea that both parties live inside an object that is used to define one’s fate, a Magic 8 Ball, showcases their unwillingness to make the decision themselves to let each other go. It’s only when Halsey tosses away the Magic 8 Ball at the end, thus bringing her and MGK together, that they will finally be able to move on. Halsey disappears and MGK is able to ride away from the house that presumably held the memories of their time together.

The whole video exudes the early 2000s pop-punk perfection. From the frantic energy throughout to Halsey looking like she’s cosplaying Amy Lee of Evanescence, it’s just such a fun video.

Is it breaking barriers and sparking conversation? No, but it’s not meant to.

What it is, is a clear sign that MGK has found his footing in an unexpected genre, and we can’t wait to see what he comes up with next.

One thought on “Machine Gun Kelly And Halsey Are Pop-Punk Gold in Music Video, “Forget Me Too””