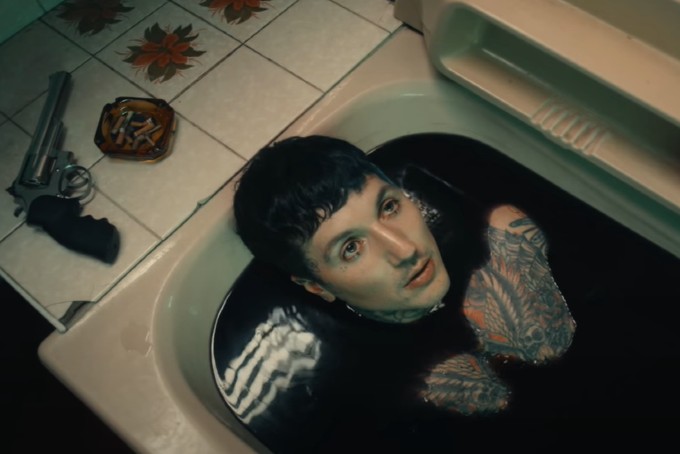 Bring Me The Horizon has thrown every ex-emo kid a 2020 life raft with the recent release of “Teardrops,” another single from their upcoming album Post Human: Survival Horror. The album will slam into stores and streaming services this Friday, October 30.

“Teardrops” follows in the footsteps of recent releases “Obey,” featuring Yungblud, and “Parasite Eve” with a focus on mental health, isolation and self-harm. BMTH has a history of eloquently capturing the voice of inner demons in their lyrics. However, as the UK-based group has grown, so has the depth of the emotion in their work.

“So how’d we get this stressed out, paranoid? // Everything is going dark // Nothing makes me sadder than my head.” Particularly during this time of worldwide isolation, “Teardrops” speaks to a deeper level of sudden unrest. Even in situations where there’s no housing uncertainty or illness, there’s a level of stress and sadness in the air that makes this new release topical.

The band also released a music video for “Teardrops” showcasing the talent of frontman Oliver Sykes as writer, director and editor. Not designed for those with aquaphobia, the video features a plethora of dark shots of Sykes drowning and being taunted by physical representations of his demons in a derelict house.

Of all the gut-wrenching shots featured in this music video, the most stunning is a shot of Sykes lying on the floor surrounded by a halo of items used to self-medicate against these low feelings. Among the collection there are pills, needles, cigarettes, a flask, knives, cell phones, TV remotes and shoes. In the background, the bridge bemoans, “Suicidal, violent, tragic state of mind // Lost my halo, now I’m my own antichrist.” It’s a safe bet that this will be a running theme of Post Human: Survival Horror, as BMTH has previously released work discussing concepts of the antichrist and complicated religious beliefs.

“I’m running outta teardrops, let it hurt till it stops // I can’t keep my grip, I’m slipping away from me // Oh, God, everything is so f**ked, but I can’t feel a thing // The emptiness is heavier than you think.” Instead of leaving the audience in the dark abyss, the video builds to a rescue scene where Sykes’ bandmates pull him from the depths to wrap the video up with visuals of the band performing. The scene feels symbolic of trusting those around you to support you through the darkness and bring you back to the things you love.

With each featured single, it’s clear that Post Human: Survival Horror will be an album you won’t want to miss. Bring Me The Horizon has a sound that they’ve grown into as their audience has grown with them. Diamonds might not be forever, but BMTH’s reign certainly seems to be written in blood. We definitely won’t be sleeping after this album release!