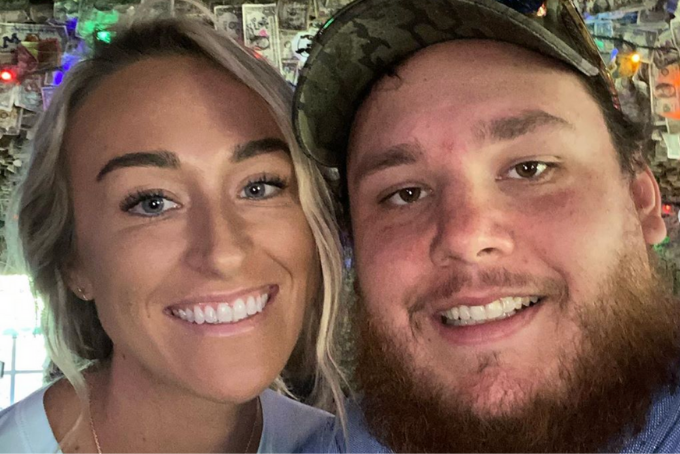 Country superstar Luke Combs has been taking the country music world by storm for the past few years with major hit after hit, and one theme that Combs has always been familiar with is love — which is why it’s no surprise that so many of his songs are written for the love of his life, Nicole Hocking. The pair began dating in 2016 and officially tied the knot earlier this August. Fans are so happy for the pair and the music that Combs has written for her has become a favorite for couples everywhere.

Pretty awesome being married to your best friend. @nicohocking

“Forever After All” was written with Nicole in mind, and the lyrics definitely speak to that. Combs sings, “They say nothing lasts forever // But they ain’t seen us together // Or the way the moonlight dances in your eyes // Just a T-shirt in the kitchen // With no makeup and a million // Other things that I could look at my whole life // A love like that makes a man have second thoughts // Maybe some things last forever after all.” Clearly, the love that Combs has for his wife is something that inspires him to his core and fans are loving every minute of it.

Musically speaking, “Forever After All” is brilliant. It displays a little bit of a different side to Combs, as he takes it a little slower this time around — straying from some of his more popular tunes, like “Beer Never Broke My Heart” or “Lovin’ On You.” Combs displays love and passion in “Forever After All,” making it a can’t-miss song.

Make sure you check out the rest of Combs’ deluxe version of What You See Ain’t Always What You Get — you don’t want to miss it!