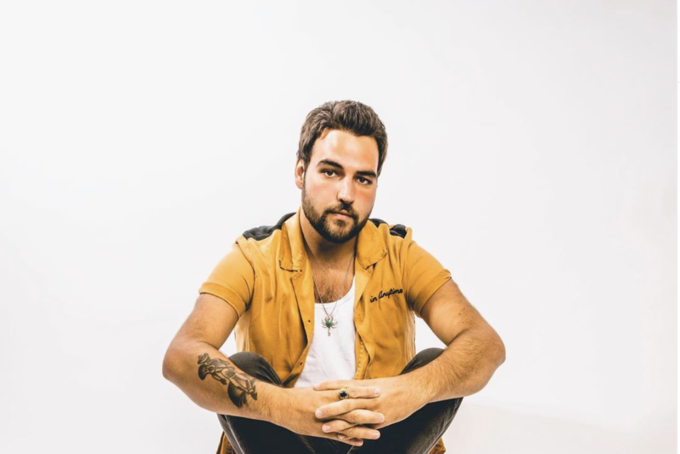 For this musician, think John Mayer meets Thomas Rhett, and you have Joey Hendricks, a native from a small down in Washington, who ventured to Phoenix, Arizona to build his career on a dream! His super sweet jam “Yours or Mine” is what our hearts needed, and we can’t wait to see what’s in store! Soundigest got the chance to talk to Joey, who recently signed with Sony Music Nashville, on his musical journey and goals!

Hendricks started writing songs in high school while growing up in Anacortes, Washington. “I started playing guitar and writing songs at age 15,” he recalls, “and I’ve been pissing my parents off ever since haha.” Well, we love that he never gave up that dream, because he is a newly signed artist at Sony Music Nashville! He considers it a huge moment for him! “I initially moved to Nashville to just be a songwriter, so signing a record deal was just the icing on the cake. I have a really great team around me, so I feel super lucky.” Some of his fav musicians include The Beatles, Kacey Musgraves, Neil Young, Willie Nelson, The Beach Boys, and The Doors. What a great mix!

Once you check out “Yours or Mine,” you won’t regret it! Released in July, the track has generated an incredible response, with over 512K streams on Spotify alone, without the aid of promo! “It was the first song I wrote with Daniel Ross and Michael Whitworth, who have become really great friends. We wrote it in about 45 minutes and it became one of my favorites.” He adds, “That song felt like a good place to start my career as an artist.”

yours or mine / out now link in bio to listen

Hendricks is so grateful for the opportunities to come, and is so resilient as a rising artist in the music industry, especially during the COVID-19 pandemic. The restrictions are put in place to keep us safe, but they have eliminated live-performances and chances to connect with fans. Nonetheless, Hendricks is looking up! “It’s been really tough on everyone. It’s hard enough to get your music heard and establish that connection with fans,” he confesses, “but add in the inability to perform a live show and it becomes an extremely difficult challenge. For me personally, the silver lining in all of it is that it’s given me time to write some songs that I’m super stoked about and that I can’t wait to put out.” Way to use this time, creatively!

The singer/songwriter reminds us to “try focusing on the positives” in your life and keep busy with the things that bring you joy. For him, it’s writing and recording music. “There’s only so much you can control, so I have to constantly remind myself to just control what I can. The only habit I’ve picked up during quarantine is overeating, so I would advise doing the opposite of that haha!” Hey, we’ve been there!

Joey’s goals as he continues his music journey are to keep writing and recording music that “inspires” him and aligns with his values. “My hope is that the music I make resonates with others and hopefully I’ll be able to play those songs live and in-person for people some day.”

Be on the lookout for more to come from Joey, who thankfully got us in the Christmas spirit with his rendition of “Happy Xmas (War Is Over).” “It just felt like such a relevant song to do with everything going on in the world right now,” he remarks “It was super cool to put my own spin on it.”

Thanks Joey, and good luck!