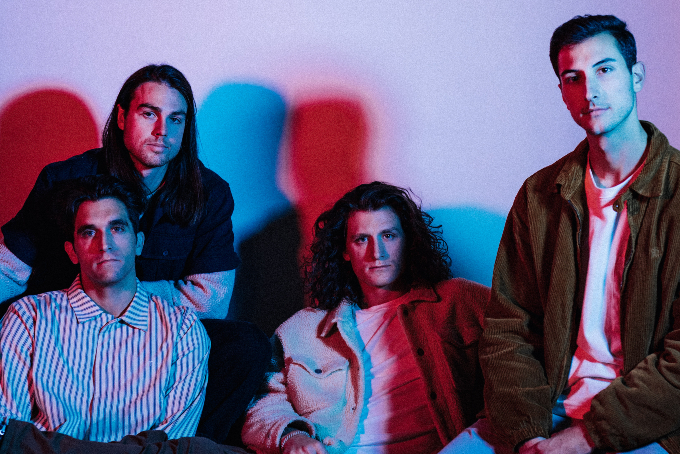 Minnesota electro-pop quartet Yam Haus continued their busy 2020 with the release of “Pop Game.” Released on the heels of the band’s first EP, the June released This Band Is Gonna Make It, the track caught ears as a slightly operatic ballad, burning deep with commentary on the current state of the record business.

As only Yam Haus can pull off, the song veritably slaps despite being solemn and reflective. A 2020-esque mood, featuring smooth, articulate piano and a bassline fit for a Bruce Springsteen song. Most notably on the track is a prominent trumpet courtesy of DeCarlo Jackson, noted trumpeter for fellow Minnesotan band Hippo Campus.

Lead singer Lars Pruitt said of the track, “Pop Game is about us wrestling with trying to make pop music and “succeed” in the music business. It’s tiring, and after a while, you realize you are torn about trying to reach the very thing you set out to attain. You change personally, develop artistically, and wrestle with burnout. It’s a grind, and as a band, we are fighting to not lose ourselves in the rat race. Do we still really want this? This song asks that question”.

Having made strides with their releases since 2018’s debut album Stargazer, the lads have been very creative in welcoming new fans during the Covid-19 pandemic by making reaction videos to current popular music releases. From Drake to Taylor Swift to Blackpink, the videos comprising their “Pop Band Reacts” series has been viewed over 3 million times. The band has also posted multiple live cover performances on Youtube, including interpretations of tracks by Taylor Swift and Lizzo.

Rounding out their pandemic promotional efforts, Yam Haus hosted a listening party for “Pop Game” on the night the song met the world. The band counted down with over 1.3k fans to the moment the track appeared on streaming platforms and answered fan questions.

Next month, you can catch Yam Haus at a voter engagement live streamed event by iVoted Concerts on US Election Day, November 3.