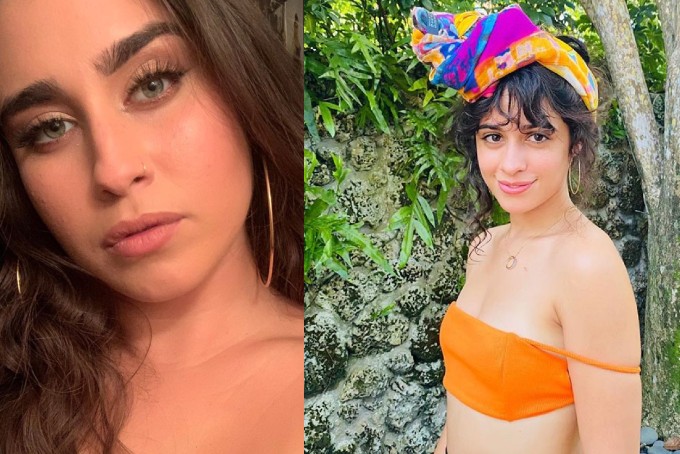 Lauren Jauregui has finally addressed the much-discussed and speculated romance rumors between her and former bandmate Camila Cabello.

Fans who were hoping for some confirmation of their theory that the two were an item at one point will be sadly disappointed. In fact, the “Expectations” singer revealed quite the opposite: that the rumors of the two being an item were “so traumatizing.”

Speaking to fellow singer Becky G on her En La Sala podcast, the 24-year-old singer-songwriter finally put said rumors to rest while speaking about her own queer identity.

“I was 18 and absolutely not trying to come out to the public. This is gonna be a controversial acknowledgment, but whatever. People thought Camila and I were into each other. And that made me so uncomfortable, like disgustingly uncomfortable because I was queer, but she was not.”

Fans of the band were quick to notice the fast-budding friendship between Cabello and Jauregui. They dubbed the pair “Camren,” a combination of their first names. However, fans took their friendship a step further and “shipped” them as a romantic couple; said fans also began writing fanfictions about the pair, which Jaureugi also addressed. In the majority of these stories, Jauregui was usually the one who would “turn” Cabello and convince her to date her.

“It made me feel like a predator because of the type of clips people would put together and the type of stories people would write. I was always the aggressor and I was always the one turning her … I also did not have that connection with her. Camila and I were just very good friends at that time. We respected each other, we would talk, we would look at each other, we had love for each other. I was very affectionate with all of my friends. We would tell each other s— that yeah maybe you would think we were gay if you were listening over, but we weren’t. That wasn’t the interaction, so that actually made me so uncomfortable.”

To make matters worse, Jauregui was not out to her family or friends at the time that these rumors sparked. She revealed that it made it harder for herself to ultimately come out and accept her queer identity later on.

“It really f—ed with my head because I wasn’t even comfortable with telling my parents about it,” she said. “I wasn’t even comfortable telling myself that I was queer. I didn’t see Camila that way so it just made me uncomfortable that I could potentially be putting off that kind of vibe onto someone who I wasn’t trying to do that with. You feel me? I was very uncomfortable and I absolutely didn’t want to come out, because I was like, they’re gonna ‘confirm’ that rumor, and then it’s just gonna go in a whole ‘nother direction and it’s gonna get worse.”

She added that to this day, she “hyper-analyzes” her interactions and connections with other women because of the way her connection with Cabello was perceived. The “50ft” singer also elaborated that many of her fans still believe the “relationship” between her and Cabello was real.

“I’ve learned to just ignore it because it was just so traumatizing for me,” she said. “I just chose to ignore it at a certain point because getting angry, to them, would mean that it was real and validated.”

You can view the clips of Jauregui addressing the “Camren” rumors below:

For the first time, @LaurenJauregui addresses the completely unfounded rumors she and @Camila_Cabello “were into each other.”

Talking to @iambeckyg, she said the rumors made her feel “disgustingly uncomfortable” and “like a predator.”pic.twitter.com/rOxSHxXwvK