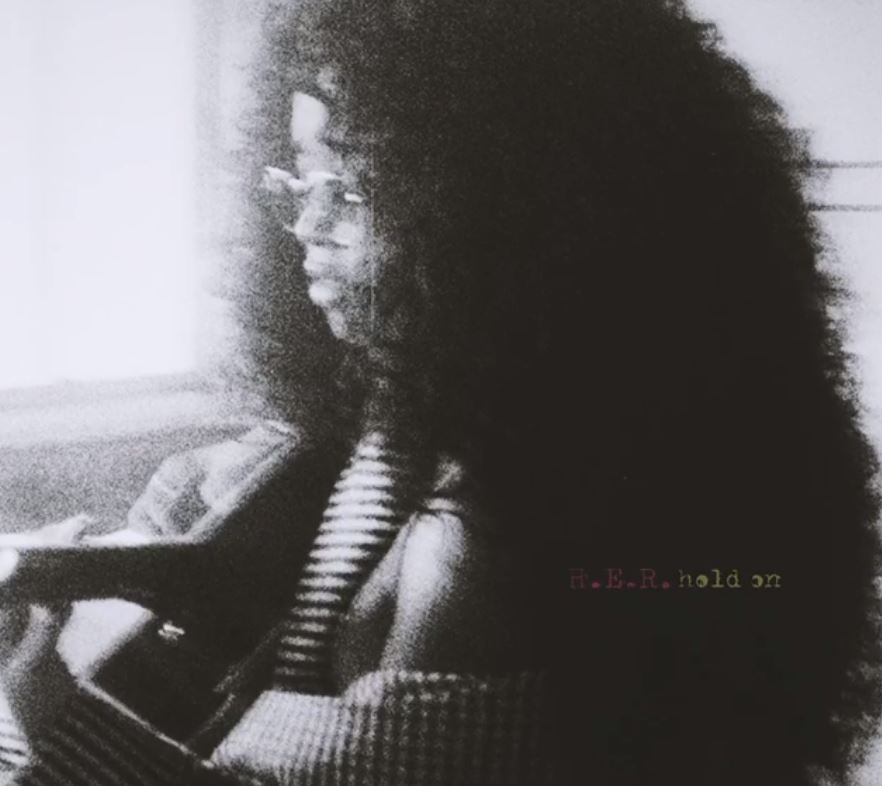 After sharing a memorable SNL performance earlier this month, Grammy-winning artist H.E.R. released her latest single “Hold On.” The soulful track highlights H.E.R.’s divine vocals and major guitar chops. During her appearance on SNL, she provided a preview of her upcoming third album by performing both of her new singles, “Damage” and “Hold On.” While “Damage” encapsulates a 90s R&B vibe, “Hold On” is the ballad track on the new album.

“Hold On” depicts the feeling of complete vulnerability in the midst of falling for someone. The 23-year-old admits that although she wants to be “free” to live the life she wants, she’s still tied to someone who does not fully reciprocate the love she gives. Lyrically, it is apparent that her love interest enjoys being chased, as H.E.R. shares that “You ain’t been holding on to me// I can’t wait too long.”

H.E.R. expresses fragility as she reflects on what’s to come if she stays in this relationship. She fears that if she continues to hold on to this individual, she may “never want to leave.” Perhaps this relationship reflects toxicity, which can be an addicting game to those involved. In the pre-chorus H.E.R. confesses: “Don’t wanna be so dependent on you // Dependent on me // Don’t wanna be somewhere I don’t know.” Even though she feels so strongly about her love, she knows that choosing her independence will serve her best in the long run.

Both the studio version and live performance of “Hold On” are emotionally driven and captivating. At only 23, H.E.R. carries such a raw talent certain to carry her far throughout her career. At this point, we can’t wait to hear the rest of her third highly anticipated album. Be sure to follow @Soundigest on Twitter and tell us how “Hold On” made you feel!

One thought on “H.E.R. Previews Upcoming Album with New Single “Hold On””