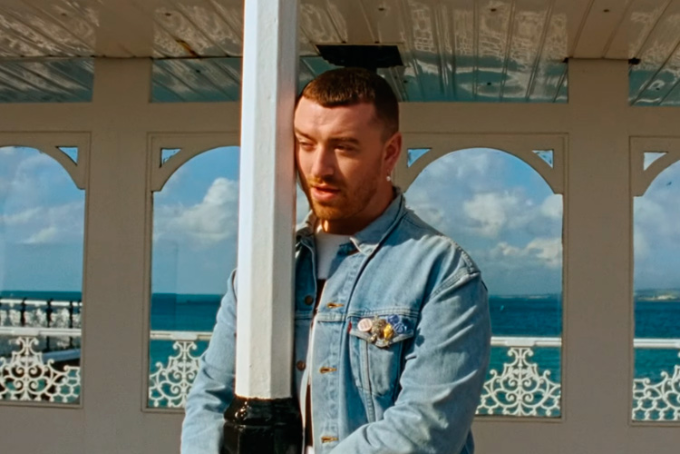 Sam Smith is back and better than ever on their sweeping new single “Kids Again.”

2020 has been a year of melancholy, reflection, and desire for the comfort of the past. A global pandemic can bring out the feelings of nostalgia for when things were easier when all you had to worry about was if Jack down the street would like you back. It’s this feeling of wistfulness that is so effortlessly captured by Sam Smith’s voice and video that truly makes “Kids Again” a song of the times.

Smith stated in an interview with Apple Music that “Kids Again” is the last song on the album as a song that lets “you sit and look back at everything.” “Kids Again” is about realizing that although you may love someone at a certain time in your life, it does not mean they are meant to be in every part of your life. The love they have for this person has not disappeared, it was simply only meant for one chapter. As Smith pours their heart out over the final chorus of the song, you feel as if they have come to a reluctant, but final, acceptance of that chapter closing.

While the song tells the tale of a young love ending, the video has a different tone. The video opens on the Brighton Palace Pier in Brighton, UK an outside amusement park where young kids are known to play. The video then follows Smith as they watch the sunset, ride a carousel, and croon about no longer being kids. The video then switches to black and white and shows Smith and others staring into the camera. The juxtaposition of the color showcases an evolution of time. When in the sun, be it on the rides, or in the rafters, it shows how they long for times that are already gone, but hope will return if they try hard enough. When in black and white, it showcases their time when they were young and had yet to truly feel what it was like to grow up and grow old. The most poignant example is when a man in a red sweater is seen unsmiling, sitting on a bench with a large teddy bear while in the sunlight. Later in the video, all the individuals that have been showcased throughout are seen having fun while riding in bumper cars. Front and center in one of the shots is the man in the red sweater, smiling openly with the teddy bear riding shotgun. The music video closes with everyone on the carousel, with their eyes closed in the sun as if lost in their memories of being young.

Sam Smith has always been known for their strong voice and beautifully written lyrics. They are unique in every way shape and form and are willing to take risks that few artists would. It’s hard to believe that their first album only came out in 2014 and that they are just now releasing their third album, with a voice as timeless as theirs. However, beyond their heavenly voice, is their ability to create music that touches people. “Kids Again” is a song that applies to more than just a lost love, but a loss of innocence and safety that can be found in childhood. It’s melancholy, sure, but it’s resilient at the same time. Although those times are simply a memory now, they will always be there, ready for you to walk back into and escape for just a moment.