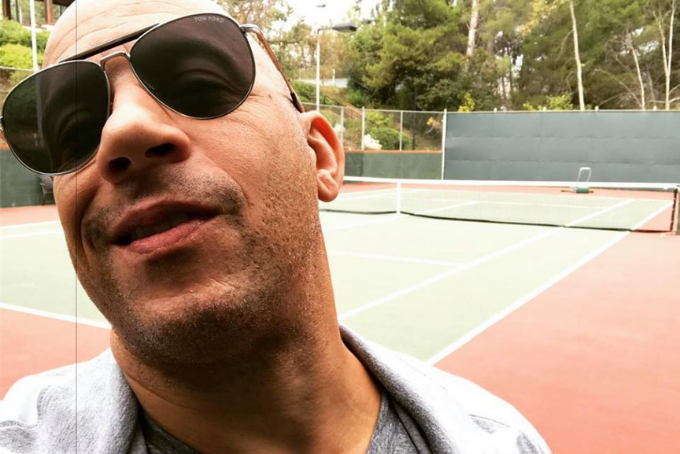 Vin Diesel is already an actor, model and automobile aficionado, but now he’s attempting to add another skill to his impressive repertoire: musician. Before you go checking your calendar, we’ll save you some time — no, it’s not April Fools’ Day, and yes, the Fast and the Furious star is now, in fact, creating club music.

Admittedly, Diesel’s songs probably aren’t the best ones you’ll hear this year, but his latest single, “Days Are Gone,” does have a couple of things going for it: it’s attuned to today’s trials and somehow still delivers some much-needed escapism.

Despite being a music-making newbie, Diesel’s managed to create a song right out of the gate that works alongside chart-topping quarantine tracks, such as Twenty One Pilots’ “Level of Concern” and Bastille’s “Survivin’,” which in and of itself is pretty impressive.

“Days Are Gone” isn’t a COVID-19 song, though. Rather, it’s an evergreen tune that encourages us all to remember the good ol’ days of a much simpler time. Wedged between the booming bass lines and electronic flairs in its choruses, the song showcases simple guitar and Diesel’s short, reflective lyrics. “The summer nights never turning cold // The season came and went like snow,” he sings over soothing instrumentals. They’re not the most inspired or eloquent turns of phrase, but they pack a sentiment that’s nevertheless powerful: our time on earth goes way too fast, even when we’re committed to cherishing every moment.

Honestly, it’s wonderful to hear Diesel being so unapologetically sentimental and emotional. Our society has a bad reputation for expecting its men to be stoic. That’s why it’s really refreshing to see someone who’s famous for being a tough, macho guy show that not only does he have feelings, but he also isn’t afraid to show them. Well done, Diesel, well done. However, the way he goes about sharing these feelings could use a little work.

You all know how deep I go into the films I make.. this year there was no film production. An artist must have a creative outlet… you who made my face book first to 100 million, you who have always encouraged me to step out of my comfort zone saved me, because I was able to make music this year!!! Will always love you. 10 days until the next single! #DaysareGone

For starters, his lyrics are a bit too generic to be effective. Because most of the sentiments in “Days Are Gone” are so vague, it feels as if Diesel just wrote down a bunch of cliché remarks about reminiscing, haphazardly strung them together, added accompanying music and called it all a song. “Promising to never let it go // or forget the taste of you,” he sings at one point, leaving the rest of us to wonder who’s he talking about. And also, what the heck happened?

Unfortunately, our questions go unanswered, which just further highlights why these lyrics feel unoriginal as well as a bit uninspired and disjointed. Over time, Diesel could certainly elevate his craft and crank out random masterpieces, but this initial single won’t have a place among them.

Secondly, Diesel is über-famous and seems to exude confidence, so it’s peculiar that he — just as Paris Hilton did with her comeback single “I Blame You” — chose to use autotune over singing with his normal, authentic — and likely imperfect — voice. It’s likely not one that’ll rival operatic singer Josh Groban or pop sensation Sam Smith, but Diesel’s voice is probably pretty good in its own way.

Always a blast talking with y’all. On Air with Ryan Seacrest… Thanks for the love for my first song “Feel Like I do.” Congrats again on your People’s Choice nomination. Hope to see you there. Haha. All love, always. @ryanseacrest @onairwithryan @tanyarad

Although he once voiced a robot in The Iron Giant film, it’s doubtful that Diesel wants to come across as robotic with his music. His fate isn’t sealed, though. He has more than enough time to earn his stripes as a lively artist that takes chances, both lyrically and vocally. What’s more, “Days Are Gone” isn’t a total misfire by any means. Its lyrics such as, “Friday, chasing paycheck after paycheck,” show us that while Diesel’s wildly rich and successful, he somehow still understands and empathizes with the everyday struggles of his fans.

And at its core, “Days Are Gone” drives home that we shouldn’t live to work, but rather, work to live. It’s a sentiment that’s far too easy to forget, especially as we’re all holed up during the COVID-19 pandemic, so this song could serve as an important reminder to seize each and every day.

Diesel clearly understands that happiness is something we must all work toward and, perhaps, being a musician was the missing link to his own overall contentment. You can’t help but respect him for chasing this dream, especially when you consider how much scrutiny he’s opening himself up to with this project. It’s not completely uncommon for people to be both good actors and good musicians. After all, we’ve seen Miley Cyrus, Donald Glover and Mandy Moore shine in shows and songs, among many others. Unfortunately, Diesel doesn’t come off as an immediately gifted musician with “Days Are Gone,” but he does put forth enough emotion and energy that you can’t help wanting to hear more from him. Plus, he’s clearly happy making music, and that positivity is infectious upon listening — a win-win!