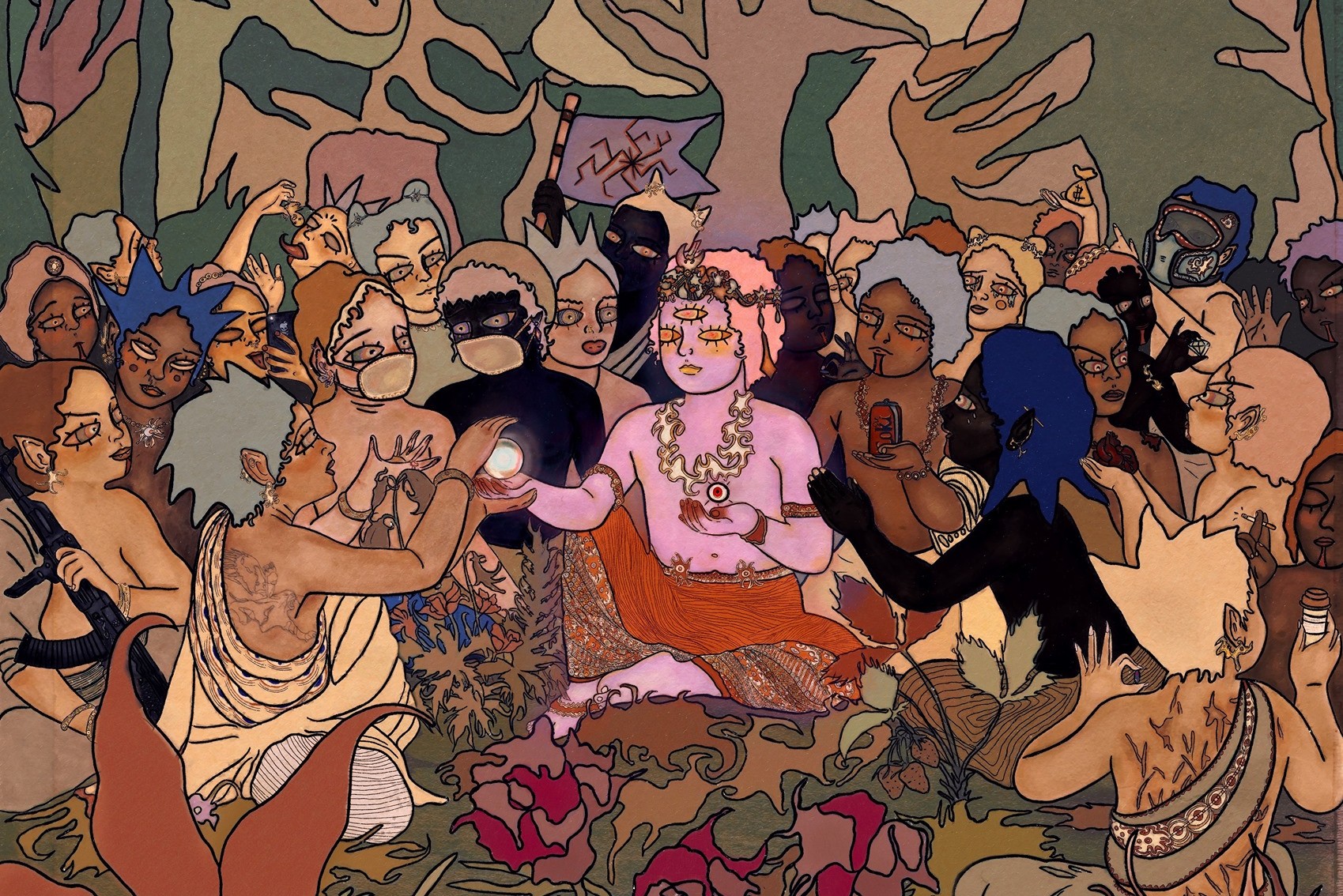 No band has encapsulated the sheer panic of the year quite like Bring Me The Horizon. Since changing their sound from deathcore to a mix of metal, alternative, and electronic rock, the British band has soared to new heights. Now, they have given us the first of several Post Human EPs, Post Human: Survival Horror, and it’s insanely good. Although it’s only 30 minutes long, it still packs a punch. Post Human: Survival Horror also features YUNGBLUD, BABYMETAL, Nova Twins, and Amy Lee of Evanescence furthering the band’s musical diversity.

The only downside of Post Human: Survival Horror is how short it is. With the band released four out of the nine songs as singles, there weren’t too many surprises. However, that didn’t take away from the fact that we got two of the best songs from the album, the BABYMETAL and Amy Lee features, with the full release. Bring Me The Horizon also included the song “Itch For The Cure” which acted as a transition piece into “Kingslayer.” With the opener “Dear Diary” and even more powerful closer, “One Day the Only Butterflies Left Will Be in Your Chest as You March Towards Your Death,” do give a semblance of a well-rounded album. So, for fans who were weary about too many singles, BMTH still manages to put together a cohesive project.

Sure, there were a lot of singles. Nevertheless, songs like “Obey” and “Parasite Eve” are absolute bangers. Bring Me The Horizon gives off this amazing, yet dark energy. Their story telling through metaphors and dark humor truly brings out the vibe of 2020. Then, we have “Ludens,” which was written for a video game soundtrack. Yet, the message of needing new leadership and artificial connections is extremely relevant to real life. And, with a catchy electronic beat mixed with heavy drums makes it irresistible.

Lyrically, the EP’s narrative is about the horrors of the world we are currently living in. “1 x 1” shows our guilt with hurting others. A heartbreaking song reminiscent of some past Linkin Park work. Meanwhile, “Teardrops” shows that despite the horror, we continue to be complacent and fearful. “Teardrops” might be the best song on the EP as it paints a picture of how messed up our technologically heavy world is. The anxiety of our modern this society is almost unreal at times.

Post Human: Survival Horror shows Bring Me The Horizon combining the best elements of their previous two albums. The blend musical genres while having strong lyrics and features. BMTH are in a league of their own. They have found a way to use modern synths while keeping the elements of rock and metal. Additionally, collaborating with some other genre-bending artists, only enhances their game. “Kingslayer” with BABYMETAL and “Obey” with YUNGBLUD are some of the most infectious tracks on EP.

Lastly, we end this chaotic project with a bone-chilling BMTH version of a ballad. “One Day the Only Butterflies Left Will Be in Your Chest as You March Towards Your Death” may sound intense, but it’s worth a listen. This track is a conversation between humanity and Mother Nature, played by Amy Lee. Lead vocalist Oli Sykes‘ vocals mesh beautifully with Amy’s. The imagery in the lyrics on top of a swelling piano melody is magic. The perfect, yet unexpected, way to end the EP.

So, if it wasn’t obvious, this is a must-listen for this year. Bring Me The Horizon stirs up all of the emotions and addresses the pain we are all going through. From technology ruining our lives to destroying the Earth, this is an EP that can be described as a cathartic cry for help. Channeling our anxieties into music is something BMTH is excellent at and it’s how they connect with listeners. Hopefully, this progressive work of art gets them some more Grammy nominations.