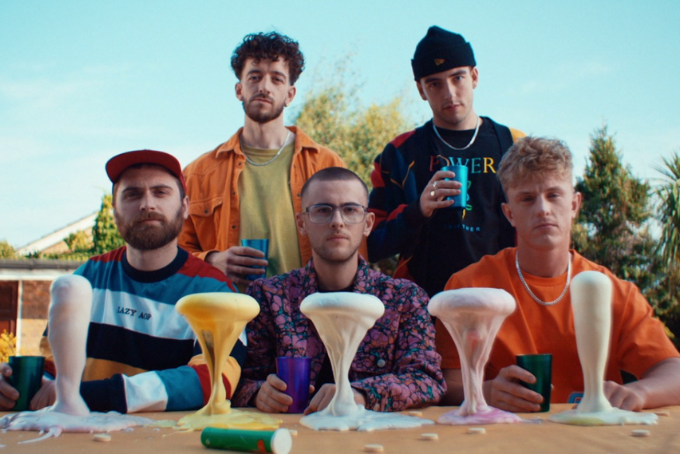 We’ve spent most of 2020 daydreaming about simpler times and British break-out band Easy Life captured that exact feeling with their latest single. The aptly titled “Daydreams” is accompanied by an experimental music video that’s just as captivating as the song itself. With a relatable concept and catchy lyrics, Easy Life continue to prove that they’re truly on the rise as a great act to watch.

here’s the video for our new pop song daydreams and we’re sorry if you suffer from motion sickness https://t.co/aRspKcHkw1 pic.twitter.com/8xYL7sHqKS

“Daydreams” is our first glimpse at Easy Life’s highly-anticipated debut album, which is set to be released in 2021. Following the success of their acclaimed mixtape Junk Food — which went Top 10 in the UK — “Daydreams” shows that the band is retaining their irresistible sound with music that’s worthy of being played on a loop for hours. Known for their glass-half-full mentality, the group has spent the majority of 2020 making their fans happy despite the dreary state of the world. This includes hopping on Zoom calls with their supporters, actively responding to tweets and, now, releasing yet another noteworthy song for them to enjoy.

Max Siedentopf, who directed the visuals for “Daydreams,” labeled the video an “homage to careless, nostalgic summer days and the classic battle between daydreaming and the actual mundane reality.” He also described the intentions behind the unique camera work, saying that, “Throughout the video we follow (lead singer) Murray as he dreams up beautiful and idyllic scenes in sunflowers fields together with his dream girl, which in the next moment are turned into an anticlimactic opposite; the mundane reality where Murray is alone and has nothing better to do than to sit around and day-drink. The entire video was shot with an experimental camera which is meant to help create a dissociating feeling similar to a daydream or while day drinking.”

We eagerly await Easy Life’s debut studio album, which is bound to be as charming as their previous works. In the meantime, you can watch their music video for “Daydreams” below.