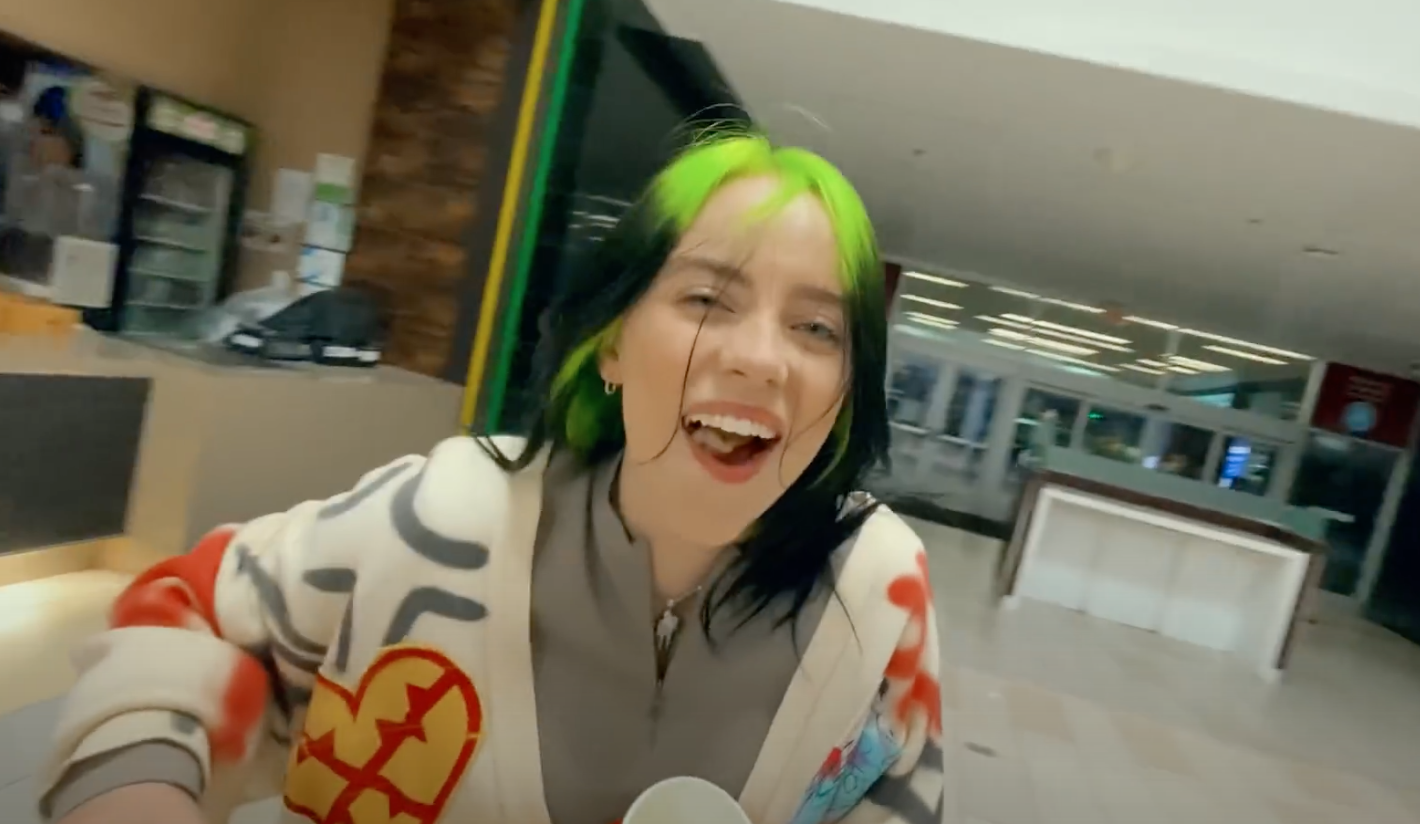 18-year-old multi-platinum selling ASMR singer Billie Eilish has dropped a new depressive lullaby “Therefore I Am.” Aside from the recipient lacking a direct moniker, this diss track leaves little to the imagination in terms of feelings.

The title borrows translated words from the 17th century philosopher René Descartes, who wrote in Latin “Cogito, ergo sum.” In English, that reads “I think, therefore I am.” Shrouded in minimalistic production with rap influences, Billie prominently promulgates her lack of interest in the media’s thoughts about her – “Stop, what the hell are you talking about? Ha // Get my pretty name out of your mouth // We are not the same with or without” she sings.

She goes on to further retract on the media’s relevance in terms of tying their name to hers – “I don’t want press to put your name next to mine // We’re on different lines, so I / Wanna be nice enough, they don’t call my bluff // ‘Cause I hate to find // Articles, articles, articles // Rather you remain unremarkable (Got a lotta)”

Comme il faut for an artist who thrives on uniform minimalism, the track art is an oddly enticing tight shot of popcorn in mid-pop. You could even call it Pop Art. The aesthetic of her releases – while considerably varied, stays true to being digestible and thought provoking.

Coming in at a hair under three minutes, “Therefore I Am” was streamed over 14 million times over the weekend on Spotify. Its music video, which features Billie dancing around an empty Los Angeles shopping mall eating various foods, has been viewed over 30 million times as of time of writing. The reach Billie has amassed over her career is a tremendous feat for someone who can’t even buy alcohol. As her global reach expands by the minute, so does her potential. The sky is the limit for this talent, and “Therefore I Am” is a testament to her versatility in regard to sonic topography.

With a new album on the way in 2021, fans will be pleased with the trajectory Billie is headed in with this slight alteration to her signature unsettled alto whispering paired with low BPM, hip hop-esque beat, while utilizing key elements of ASMR, the trendy exercise of enacting endorphin receptors with sound to create physical full body satisfaction. With ASMR often being presented in the medium of spoken word or sensual sounds, “Therefore I Am” serves as the perfect candidate for this method of expression.