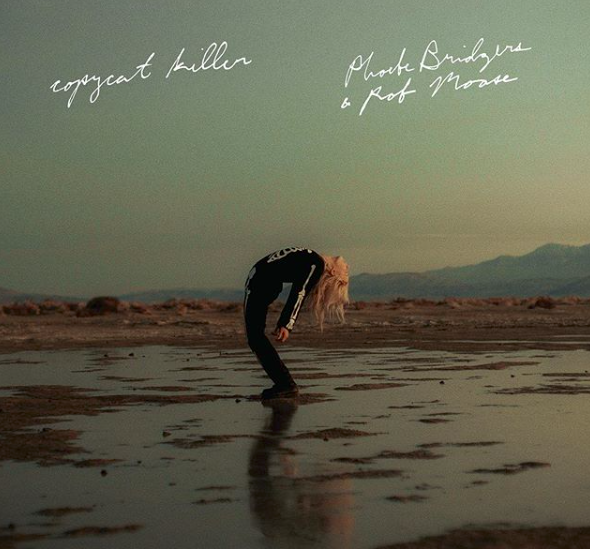 2020 might almost be over, but Phoebe Bridgers isn’t done making us feel emotional and introspective just yet! She just announced an EP, set to drop November 20, called Copycat Killer.

The four-track project will feature new arrangements of her Punisher tracks “Kyoto,” “Savior Complex,” “Chinese Satellite” and “Punisher,” and will feature Grammy-winning musical arranger and string player Rob Moose, who has previously worked with artists like FKA twigs, Bon Iver and Taylor Swift.

“Kyoto (Copycat Killer Version)” has already been released, and if you thought a Phoebe Bridgers song was emotional before, wait ‘til you hear them with a string arrangement. The original version of the song features crunchy guitar riffs and a cheerful synthesizer melody that gives the song a retro feel.

“I wanted to see the world // through your eyes until it happened // then I changed my mind,” Bridgers sings, making you really feel the emotion of the lyrics. Some of that emotion is lost in the original version, but this stripped-down version gives Bridgers’ words a chance to shine.

“This song is about being on tour and hating tour, and then being home and hating home,” Bridgers told AppleMusic. “I miss the life I complained about, which I think a lot of people are feeling. I hope the parties are good when this shit [the pandemic] is over. I hope people have a newfound appreciation for human connection and stuff. I definitely will for tour.”

This isn’t the only thing Bridgers has up her sleeve, though. She just dropped a cover of the Goo Goo Dolls “Iris,” after promising that she would if President-Elect Biden won the election. The cover is made even more special with backup vocals from Maggie Rogers.

We can’t wait to hear the rest of the updated versions of the Punisher tracks!